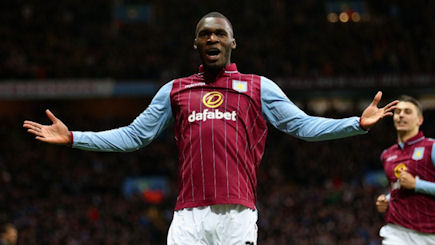 For the second week in a row, Liverpool is the subject of our weekly football column. Last week we reported the official transfer of Raheem Sterling to Manchester City in a record deal for any English player. This time it looks like a big name player is on his way to the club, pending a medical, after the Reds decided to trigger the £32.5 million buy-out clause for Aston Villa’s Christian Benteke. If the deal goes through as expected, Benteke will become the second most expensive player in Liverpool history after Andy Carroll. The Belgian striker has been the prime target of Brendan Rodgers this summer, but Liverpool has been reluctant to meet the buy-out clause given they valued him at between £20 million to £25 million. In the end the timing of the deal suggests the money they club received from Sterling’s deal was instrumental in forking out for Benteke.

Like other top clubs who under-performed last season, Liverpool has been busy improving their squad this summer, with new players including Joe Gomez, Danny Ings, James Milner, Divock Origi (returning from loan at Lille), Roberto Firmino and Adam Bogdan already on board. In fact, many of them have played a big part in Liverpool’s pre-season Asian tour. Aside from Firmino who is enjoying an extended holiday due to his involvement in the Copa America, Milner, Gomez and Ings have all shown promising signs in the Reds’ three friendly games, particularly Milner who featured in midfield as Rodgers promised.

But overall, the attacking problem that plagued the Reds last season has not been solved. After all, who can contribute goals week in, week out like Luis Suarez and a healthy Daniel Sturridge did the season before? Young Origi is not the answer. The lack of elite strikers in the market leaves Rodgers without much choice but to splash out on someone who has more or less proved himself in the Premier League. Is Benteke worthy £32.5million? It is a question we can’t answer yet. The Belgian has never been played in a top team, but in a mediocre Villa side who havw consistently battled relegation he has at least produced a double digit number of goals with regularity. He is a gamble Rodgers has to take.

The comparison is Manchester United’s Louis Van Gaal, who faces the same problem as Rodgers after losing two strikers in Falcao and Robin Van Persie this summer. Now he has one “surprise signing” in sight – thought to be Thomas Muller or Edinson Cavani – but either will cost United a small fortune.

Benteke has surprisingly good technique which is rare to see in such a big man. He can play in big games, having tormented Liverpool in the past with five goals in six games against them. His presence will benefit small but creative players upfront like Coutinho and Adam Lallana. Based on his performance in the last couple of seasons at Villa, Benteke is unlikely to become the next Andy Carroll who struggled to live up to his billing at Anfield. But can he be Liverpool’s savior? Only time will tell.