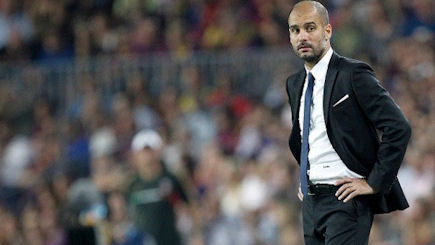 While tiny Leicester City is still basking in the miracle of its incredible Premier League triumph just one year after barely avoiding relegation, the 2015/16 season hasn’t ended so well for one of football’s European giants.

Bayern Munich were knocked out of the Champions League by Ateltico Madrid on Tuesday night – the third year in a row they have fallen at the semi-final stage. Despite winning the second leg 2-1 at Allianz Arena, the away goal rule came into play following last week’s 1-0 result in Spain with Antoine Griezmann the hero for Atletico. For Bayern manager Pep Guardiola, who will join Manchester City in the summer, it was a disappointing farewell with Spanish clubs having now ended their past three Champions League campaigns. Guardiola earned his reputation in Spain where he led Barcelona to a period of dominance, but now he can’t seem to break the fence he helped build with his own hands.

It has also cast a slight shadow over how far he can take Manchester City given Champions League glory is where the club’s ultimate ambition lies. Three years ago, Guardiola took over at Bayern Munich from Jupp Heynckes who had just led the team to a historical treble by winning the Bundesliga, the German Cup and the Champions League – a feat that earned him FIFA World Coach of the Year honors in 2013.