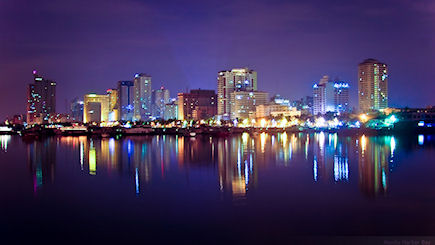 The highly popular Asia Pacific Poker Tour has just announced a new leg of the current season with APPT Manila to be held from 2 to 7 July 2014. Returning for Season 8 after a four-year hiatus, APPT Manila holds a special place in the history books having been the first APPT event ever held when the tour was launched back in 2007 (a tournament this writer just happened to play in). This year it will be held at the Metro Card Club and will feature five Asia Player of the Year (APOY) events, culminating in the PHP50,000 (US$1,100) Main Event. The Main Event will include two opening flights run in a repechage format meaning players who bust Day 1a can re-enter on Day 1b.

“We’re really excited about the announcement,” said APPT President Danny McDonagh. “Manila has a very passionate poker community and the team at The Metro has always been a pleasure to work with. There has been an overwhelming demand for the APPT to host an event here so we’re looking to make this the best Manila event.” Winner of the inaugural APPT Manila event in 2007, Brett Parise

The addition of APPT Manila means there are now six events on the 2014 calendar with the others being Melbourne, Seoul, Auckland and two Macau legs.