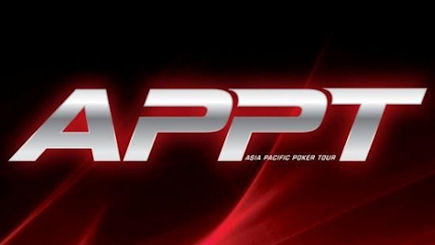 The eyes of the poker world might be on Melbourne this week for WSOP-APAC but the Asia Pacific Poker Tour (APPT) is looking ahead to 2015 with the release of next year’s Season 9 Schedule. Kicking off with the prestigious Aussie Millions from 14 January, Season 9 has 10 confirmed stops including four in Macau. As usual, the Macau Poker Cup will be held twice with MPC22 starting in late February and MPC23 in late August, while APPT Macau is wedged between them. Once again, the season will conclude with the Asia Championship of Poker starting on 30 October.

Other confirmed stops include Perth, Sydney, Seoul, Manila and Melbourne.

APPT Season 9 will also see the launch of the GPI Asia-Pacific Rankings with players awarded points throughout the year using the Global Poker Index. The top ranked player at the end of the season will be awarded a special trophy. “It’s the ideal time to integrate a ranking system for all of the Asia Pacific,” explained APPT President Danny McDonagh. “The key has always been to have a balance in buy-ins, player fields, prize money and the number of events between Asia and Australia-New Zealand. The tour has that balance now and it’s another feature to add to the ultimate player experience.”