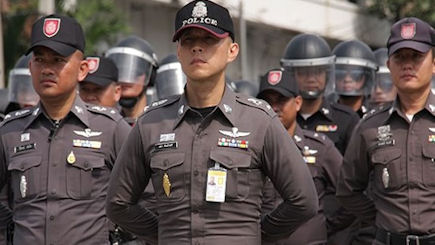 The Royal Thai Police (RTP) has announced the launch of a new center at RTP headquarters to help identify illegal football betting operations and educate people on the dangers of gambling during the upcoming Euro 2016 tournament.

The European Championships is one of the most popular events for players and bookmakers alike, second only to FIFA’s World Cup. But with sports betting illegal in a number of Asian countries including Thailand, Malaysia, Singapore and India, authorities have traditionally struggled to shut down the thousands of illegal operators that are more than willing to flout the rules. The RTP has promised to be more stringent in their crackdown on football betting, with the goal being to identify the “big fish” of the industry as well as expanding the RTP’s list of blacklisted people.

More than 800 websites were shut down and over 1,000 people arrested in Thailand during the 2014 World Cup.

Hong Kong’s correctional facilities have also joined the fight against any and all betting on Euro 2016, implementing a new system to prevent prisoners using cigarettes as currency – primarily to avoid the many fights that break out over gambling debts!