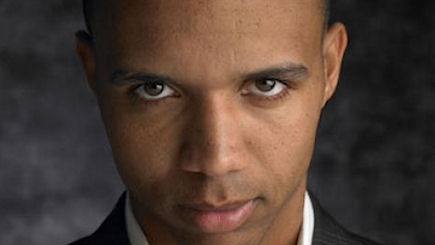 Who is the best poker player in the world? It’s an interesting question, one that always creates plenty of debate and of course something that is pretty much impossible to answer. In fact, we’re not even going to pretend to name one single player as the be all and end all of the poker world, but there are a handful of contenders who deserve mention.

Of course, for a number of years now the safest bet when asked who the world’s best player is to answer Phil Ivey. The American legend certainly deserves his due credit. A regular in the nosebleed stakes cash games both live and online, he is also a superb tournament player with nine WSOP bracelets to his name in a range of different disciplines from Omaha and Stud to Lowball and various mixed events. Ironically, he is yet to win a bracelet in No Limit Hold’em although he does have a WPT title to his name. Is Phil Ivey the best poker player in the world?

Another popular figure is Daniel Negreanu, who has won two bracelets in 2013 to take his career total to six. In particular, Negreanu is renowned for his superb reading skills and regularly tells his opponents what he suspects they hold with a remarkable degree of accuracy.

Perhaps the most consistent player of the past few years has been Vanessa Selbst. Relentlessly aggressive and with a brilliant poker brain, Selbst makes reaching final tables look ridiculously simple and along with her two WSOP bracelets she boasts a number of huge scores throughout her career. Two of those have topped the US$1 million mark with a US$1.8 million payday for winning the Partouche Poker Tour Main Event in Cannes in 2010 and a US$1.4 million score for taking out the US$25,000 High Roller event at the 2013 PCA. This year alone Selbst has won almost US$2.5 million in live tournaments so who knows what the future holds for her?

Sam Trickett is a man who has certainly made his mark of late. The former footballer was forced to find a new career path after suffering a serious knee injury and soon discovered he possessed a rare talent at the poker tables. Breaking through at the 2010 WSOP with a second-place finish in a US$5,000 event for US$500,000, he has since become a high stakes specialist – at the 2011 Aussie Millions he won the AU$100,000 buy-in event for AU$1.5 million and just a few days later finished second in the AU$250,000 buy-in tournament for another AU$1.4 million. He won the AU$250,000 event for a second time earlier this year for another AU$2 million and most notably finished second in the memorable Big One for One Drop at the 2012 WSOP. For those who haven’t heard of the Big One for One Drop, this was a charity event with a massive US$1 million entry fee which attracted 48 players. Trickett’s reward for finishing runner-up was a touch over US$10 million. And let’s not forget, Trickett regularly travels to Macau to play in the biggest cash games in the world at the Poker King Club.

Others of note are Michael Mizrachi – who has been on a real tear over the past few years – and Erik Seidel who, like Trickett, has been particularly tough in the huge buy-in events.

These are only a handful of the contenders and it would be remiss of us not to mention the many online pros to have enjoyed great success. The likes of Chris Moorman have been crushing online tournaments for years while the high stakes online cash players – led by Tom Dwan – boast some of the best poker brains in the business. But as for who sits at the top of the tree? Sounds like a great topic for debate.