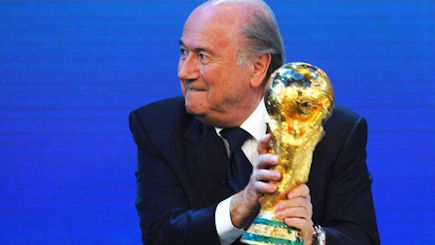 At long last, change is in the air at FIFA.

The arrest of seven FIFA officials last week and the announcement of a Swiss investigation into the awarding of the 2018 and 2022 World Cups to Russia and Qatar respectively is news footballing fans across the globe have wanted for years. It has also led, albeit reluctantly, to the resignation of controversial President Sepp Blatter just days after he was re-elected for a fifth term by FIFA’s member nations. But will this really put an end to the corruption that has underpinned wold football’s governing body for so many years? Will this really bring about change?

There is no doubt the ongoing investigations not only by Swiss authorities but also the FBI and US Justice Department is exactly what the game needs to weed out the bad eggs and push for a cleaner, more transparent future for the world game. There is also no doubt there will be many more arrests to come as the full scope of FIFA’s transgressions come to light.

Perhaps, for a while at least, the new-look FIFA will become the organization we’ve always hoped it would be. But how long will it last? The sad truth is that the very nature of football – with so many nations jostling for position and so much to gain from hosting a major tournament or simply by having the “right person” in charge (as we’ve seen with Blatter) – there will always be people willing to splash the cash. It would be daft to believe there will no longer be others willing to take it.

The dramatic events of the past week represent a momentous day for football fans around the world and FIFA’s judgement day is long overdue, but let’s not get too excited just yet.

As the saying goes, the more things change the more they stay the same.