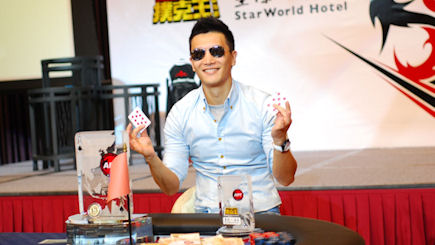 Asia’s run of strong results at this year’s World Series of Poker continued early this week with Taiwan’s Carlos Chang reaching the final table of the US$1,111 Little One for One Drop. Chang, whose list of achievements include winning APT Macau in 2012 and reaching the final table of APPT Macau in 2014, battled his way past a mammoth field of 4,555 players to get within touching distance of a gold bracelet before eventually falling in fifth for US$158,404. Germany’s Paul Hofer won the event.

Chang’s latest result pushes his career earnings to over US$500,000 and he is quickly earning a reputation as one of Asia’s most consistent players.

Congratulations to Carlos and we look forward to seeing him running deep again soon!