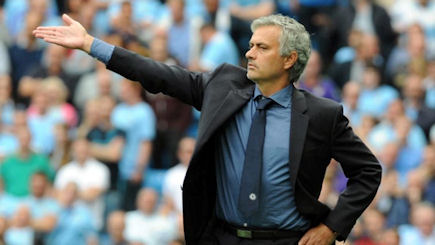 The Premier League is barely two games old and already the first signs of chaos – or even melt-down – are appearing at Stamford Bridge. With their once rock solid defence punished for its naivety as Manchester City strolled to a 3-0 win on Sunday – just a week after a 2-2 draw at home to Swansea – Chelsea has now suffered their worst start since 1998. City captain Vincent Kompany, who scored one of his side’s goals against the Blues, claimed Chelsea “fell into our traps all over the pitch”. In his words, Manuel Pellegrini out-manoeuvred and out-thought opposing manager José Mourinho who is widely regarded as a tactical master of the game. But the truth is that Chelsea is still paying price for their giant effort last season when the smallest squad in the league claimed the title but were clearly exhausted by the end.

The fitness levels of Chelsea’s players is not up to standard, while defensive frailties were bound to emerge eventually given owner Roman Abramovich has repeatedly ignored Mourinho’s please to splurge on top-tier defenders. John Terry’s woeful first half performance, in which he left his side horribly exposed after being fooled by Sergio Agüero, led to his substitution at half time. It was the first time in 177 starts under Mourinho that Terry had been substituted – a sign perhaps that his long career is starting to wind down – but with the rumored arrival of England defender John Stones from Everton looking increasingly unlikely Mourinho must be wondering if he still has Abramovich’s full support. Still, the real problem for Mourinho is the fitness of his players. So taxing was their title tilt last season that Mourinho extended the squad’s summer holidays in the hope to give them enough time to recover. Instead, many of them returned well out of shape and their pre-season suffered as a result. The veteran manager has suggested his players won’t be back to full fitness until September which might well prove too late to mount a title defense given the improvements made by their main rivals. Having fallen flat last season, 2013/14 champions City look rejuvenated with consecutive 3-0 wins to start their new campaign while Manchester United and Liverpool have also taken maximum points from their games after bolstering their squads in the summer.

It is still too early to hit the panic button. The transfer window remains open for another two weeks so Mourinho still has hope of bringing in some much needed depth – even if he has traditionally preferred to conclude all transfer business before the season starts. But having fallen five points behind their biggest rivals – and with the squad’s fitness problems being exacerbated by his feud with two of the club’s medical staff – Mourinho has a lot of work to do.