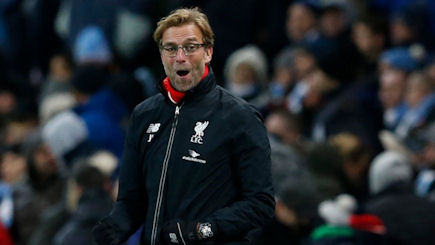 Manchester City’s luxury training complex wouldn’t be a nice place to hang around this week with a few gloomy faces undoubtedly on display. Vincent Kompany – the City captain who missed the game due to a calf injury – revealed the players held a meeting this week to find the reason why they were so comprehensively outplayed by a rejuvenated Liverpool outfit last Saturday. The scoreboard read 4-1 but in reality it could have been far worse had players Roberto Firmino and Christian Benteke been more clinical in front of the goal. City’s confidence was boosted before the match as they welcomed their top goal-scorer Sergio Agüero back from a lengthy injury spell. The last time Agüero started he scored five goals against Newcastle United but even with his presence City looked awkward and uncomfortable with Liverpool’s pressing high on the pitch. Manager Manuel Pellegrini’s decision to use Martin Demichelis to pair with Eliquim Mangala in such a tricky game – with Nicolás Otamendi looking on from the bench – was a big gamble given the last time Demichelis played City conceded four against Tottenham!

To be fair though, Demichelis was not the only one to be blamed for this loss. Bacary Sagna was dispossessed by Philippe Coutinho in the lead up to the opening goal – an own goal by Mangala. Liverpool’s relentless pressing made their opponents so panicked they could barely breathe. The logic behind Liverpool manager Jürgen Klopp’s famed “gegenpressing” isn’t rocket science: the players – particularly the attacking ones – are required to press and regain possession immediately after they lose the ball, a move that places opposition defenders in a tough position with very limited time to react following their previous tackle or interception. But it is a methodology easier said than done, requiring a lot of practice and a very good manager to implement these tactics. With “gegenpressing”, the players must press together and cut off space for their opponent because leaving anyone unmarked may lead to a counterattack. As it was, Manchester City never found a way back. An own goal from Mangala plus goals from Coutinho, Firmino and Martin Skrtel saw City suffer their heaviest home loss since 2003. With a crucial match against Juventus coming up mid-week, they may have been a little distracted, but it is no excuse given just how badly Klopp’s “gegenpressing” caught them off guard. A tactical master plan that has created a new Liverpool – Jürgen Klopp has already made Reds fans happy again.