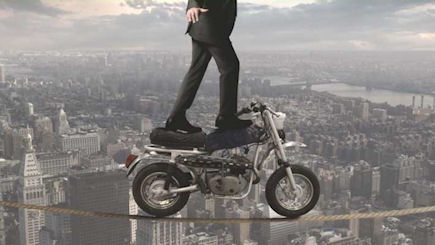 On Sunday afternoon I took a rare opportunity to step away from the WGM office and head down to PokerStars LIVE at City of Dreams to try my luck in the HK$10,000 2-day event at ACOP Platinum Series X. The event attracted 76 runners with 10 making the money and a first prize of HK$179,280. I enjoyed a good opening day and was one of 17 players to return yesterday looking to make a run at the trophy. By the time we reached the money bubble with 11 remaining, I was chip leader – then this happened.

Seated directly to my left was the guy sitting second in chips – a hyper aggressive player who had clashed with me in numerous hands through the day. Effective stacks in this hand were 70 big blinds as play was folded to me in the small blind where I looked down at AK. I raised, fully expecting my aggressive opponent to 3-bet. Naturally he obliged by raising big! I thought briefly and announced I was all-in. He snap-called, showed AA and I was left to nurse my new small stack into the money before I eventually fell in ninth. So did I play my hand correctly? Some would say yes, some would say no. My reasoning at the time was that he was a particularly aggressive player who had been raising relentlessly all day, that I was out of position and that I had him covered so would still have chips if disaster struck.

But whether my decision was right or whether it was wrong doesn’t matter as much as the fact that I had the courage of my convictions. I backed my judgement – even if the end result wasn’t a good one. Lots of players struggle to pull the trigger when faced with situations like this on the bubble, but in the long run you will pay a much heavier price if you’re too scared to go with your reads. Sometimes you’ve just got to pull the trigger.