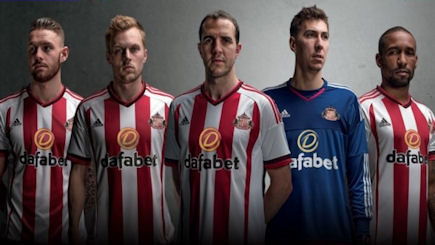 Get ready to see a lot more of Dafabet over the next 12 months with the online gaming giant significantly expanding their sporting sponsorship portfolio.

Focusing primarily on football and snooker – two of the most popular sports across Asia – Dafabet was recently announced as main club sponsors for both English Premier League side Sunderland and Championship side Blackburn Rovers with their name to feature on the front of shirt. And further spreading their wings across the continent, Dafabet are set to become title sponsor for the Welsh Premier League in what is the most lucrative sponsorship deal in the league’s young history.

Dafabet’s involvement with snooker began in 2014 when they became title sponsors of the prestigious Masters – a deal recently renewed until 2017 — but they are taking a more direct approach this year with snooker legend Jimmy White coming on board as a brand ambassador. He has been joined by Australian cricket great Shane Warne with the pair donning Dafabet patches during last week’s World Series of Poker Main Event. Asked about their significantly increased profile in 2015, Dafabet’s Head of Sports Marketing and Sponsorships Mr John Cruces said, “Our aim is simply to put our brand in front of as many eyes as possible and football in particular has a massive worldwide following, while Snooker is beginning to reach the peaks it did in the 1980s and is ever popular in Asia.

“We try to associate ourselves with teams and events that have tradition and a solid fan base. For all sport, the heartbeat is the fans — that’s not a cliché, it’s a fact.

“As for Jimmy and Shane, they are ‘people’s champions’ as they have character. This means that people can relate to them. They are ‘local lads’ did well so to speak — plus who else can ‘spin’ a ball like they did/do in their respective sports!”