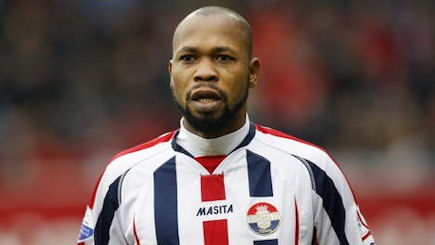 The scourge of match-fixing has risen its ugly head again with the Dutch football association (KNVB) revealing an attempt by up to three players to fix a top-flight match in 2009.

Investigators for the KNVB’s integrity unit say they have uncovered emails between Willem II Tilburg midfielder Ibrahim Kargbo and Singaporean match-fixer Wilson Raj Perumal reveal plans for Willem II to lose a match to Utrecht on 9 August 2009. Kargbo and two other players were to receive US$28,000 each if their side lost by more than one goal. Utrecht won the match 1-0. Kargbo, he former captain of the Sierra Leone national team, no longer plays in the Dutch league but has been linked with corruption claims before and was among four players suspended for trying to fix a World Cup qualifier in 2014.

He also appears to have a problem flying under the radar given that he discussed details of the fix with Perumal via email – leaving a detailed electronic trail for investigators to follow!

The KNVB has said it will send its report to both UEFA and FIFA as well as to Dutch investigators.