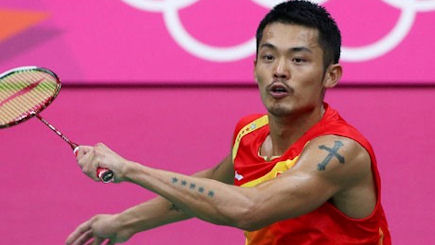 Will the sport of badminton ever be the same? For the past 10 years, two men have dominated this exciting game with China’s Lin Dan and Malaysia’s Lee Chong Wei enjoying one of the world’s great athletic rivalries. Their records speak for themselves. Since winning his first title at the Korea Open in 2002, Lin has won an incredible 56 titles including two Olympic gold medals, five World Championship gold and two World Cups. Lee boasts 55 career titles including silver at the 2008 and 2012 Olympics – on both occasions losing to Lin – Asian Championships gold in 2006 and four Commonwealth Games gold medals. He has also been the dominant player in badminton since the 2012 Olympics.

But times are changing. After his success in London in 2012, Lin announced that he would take a lengthy break from the game and played just two events in 2013 including the World Championships in Guangzhou where he was granted a wildcard and went on to win the whole thing. His semi-retirement has continued in 2014 even though his results continue to be impressive when he does play. Among his victories this year was the Australian Open – his first SuperSeries title since 2012! The reality, though, is that Lin’s career is winding down and it won’t be long before we’re speaking about his career purely in the past tense.

More remarkable, however, has been the fall of Malaysia’s long-time world number one who stunned the world when he failed a drugs test in November. Lee tested positive to the banned anti-inflammatory agent dexamethasone following the World Championships in Copenhagen in August and is temporarily suspended from all competition. He will face a Badminton World Federation disciplinary hearing in the coming weeks to plead his case – the drug is not performance-enhancing nor is it illegal to use outside of competition – but the ramifications should he be found guilty are huge. A two year ban awaits Lee should his plea fail and, at 32 years of age, would almost certainly end his dream of winning a World Championship in 2015 and Olympic gold in 2016.

While a new generation of exciting talent is waiting in the wings – led by China’s 25-year-old world number two Chen Long – a sport currently sits awaiting the panel’s findings with baited breath. Not only a wonderful rivalry but on of badminton’s golden generations could be about to come to an end.