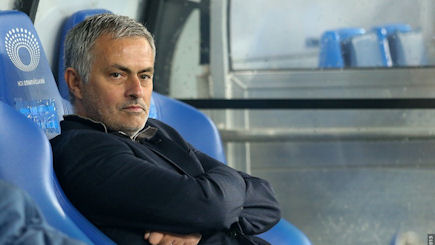 After leading Manchester United to their 12th FA Cup title, Louis Van Gaal was officially sacked by the board on Monday – a decision that had been widely speculated for some time. Former Chelsea manager Jose Mourinho is the man expected to take over in the next few days in what would represent his third assignment in the Premier League following two successful stints with the Blues. It would also see him up against a familiar foe in Manchester with Pep Guardiola taking over at Manchester City this summer. The pair previously battled when in charge of Spanish giants Real Madrid and Barcelona respectively. As it was, FA Cup success wasn’t enough to save Van Gaal job having failed to take United to a top four finish, while it has been reported that the players were growing tired of his strict training method. For Ed Woodward, the club’s Executive Vice-Chairman, this summer was also a rare opportunity to capture Mourinho, who would certainly have been snapped up by someone else had United not swooped. After two disappointing seasons, Woodward couldn’t wait any longer. Mourinho is expected to sign a minimum three year contract and will enjoy an increase on the £7.5 million a year he was paid at Stamford Bridge. United represents a great opportunity for the Portuguese to reclaim his status as one of the world’s top managers after his disappointing sacking from Chelsea. Ironically, Mourinho was actually considered the best replacement for Sir Alex Ferguson after the latter’s retirement three years ago and after three wasteful seasons, United finally have their man.

Next season the Premier League will become a battlefield for the world’s most sought after European coaches. Antonio Conte, Jürgen Klopp, Guardiola and Mourinho have all been dominant on the continent at some point and will now compete in England. Considering the madness of the league, which was won by Leicester City this year, we’re expecting a few mouth-watering seasons ahead.