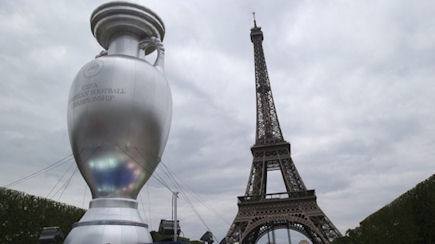 Ivan Perišić’s late goal against Spain, which gave Croatia a dramatic 2-1 win after trailing 1-0 early, has become a key moment of Euro 2016. After smashing Turkey 3-0 in their previous outing, the confidence of the Spaniards was high and Alvaro Morata’s first half goal suggested they would continue their recent dominance of the football world.

But goals from Croatia’s Nikola Kalinić and Ivan Perišić – as well as Sergio Ramos’ controversial missed penalty – condemned Spain to their first defeat in the European Cup since 2004. It also sets up a replay of the 2012 final in the Round of 16 with the defending champions up against Group E winners Italy! With Euro 2016 now taking shape, there are some intriguing games looming in the knockout stages with the bottom half of the final 16 arguably the most dangerous in competition history. There will almost certainly be a few surprises among the final eight!

Because of the expansion of the European Cup this year from 16 to 24 teams, games in the group stage were not as glamorous as in previous years. At Euro 2012, 76 goals were scored in total at 2.45 goals per game while in this year’s tournament the 32 games played so far have seen 58 goals scored at just 1.81 goals per game.

However, what the group stages lacked the knockout stages promise to make-up for. Surprises await and now is the time for the world’s best to shine!