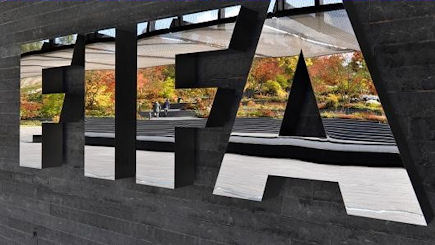 Today is the day that football’s immediate future will be decided when the FIFA Executive Committee meets in Zürich to vote in the successor to controversial former President Sepp Blatter. The 207 member nations – not including suspended duo Kuwait and Indonesia – will take part in a secret ballot after which one of the five candidates will succeed Blatter as the organization’s leader. Those candidates are Gianni Infantino from Italy, Bahrain’s Sheikh Salman bin Ibrahim al-Khalifa, Jordanian Prince Ali Bin Al Hussein, Jerome Champagne of France and Tokyo Sexwale from South Africa. The big question, though, is whether anything will change no matter who is elected as FIFA President. It came as a huge surprise to nobody when the FBI indicted nine FIFA officials following a raid of the 65th FIFA Congress in May last year, exposing the organization as the juggernaut of corruption it had so obviously been.

Blatter and UEFA President Michel Platini have since been suspended for six years by FIFA itself for fraud. Yet while each of the five remaining Presidential candidates has promised to change FIFA’s ways, we’re skeptical that any is either willing or able to rid the organization of such ingrained corruption. In fact, the two men widely tipped to fight it out for victory today – Infantino and Sheikh Salman – are far from boy scouts themselves.

Infantino was Platini’s right-hand man for years at UEFA while as WGM explained in our Jan/Feb 2016 issue, Sheikh Salman is suspected of multiple human rights violations in Bahrain as well as vote-buying and election rigging. Sadly, he enjoys strong support from the Asian confederation which could well see him prevail.

Time will tell, but sadly we suspect the most talked about Presidential election in FIFA’s history will only result in more of the same.