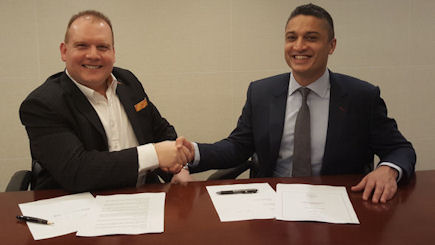 This historic agreement means the region’s two leading gaming industry publications will now come under the rapidly expanding WGG banner. IAG was launched in 2005 and has become the must-read publication for industry professionals, investors, policymakers, analysts and players throughout the Asia-Pacific region and beyond.

Mr Kareem Jalal, Founder and Editor of IAG, described the acquisition as the next logical step in IAG’s evolution.

“IAG has come a long way over the past 10 years, growing alongside the industry it has steadfastly covered,” he said. “Now, as Asia’s gaming industry stands on the verge of its next phase of transformational change – from Cotai and Manila Bay to Incheon and Russia’s Primorye gambling zone – it’s time to take things up a notch. With its energy, resources and commitment to the region, WGG offers the ideal support to make that happen.

“It’s a natural and complementary fit. Bringing our companies together creates several opportunities for taking not just IAG, but also WGG’s various other brands even further.” “It only seemed natural to bring the two together under the same parent company. This will benefit the industry and the players and demonstrates WGG’s long term commitment to the Asian gaming industry.”