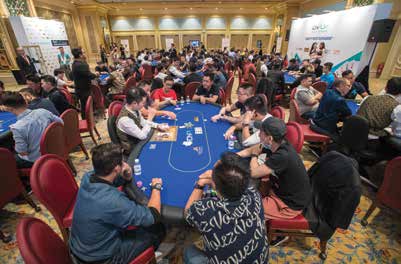 Macau’s biggest annual gaming industry event, G2E Asia, was held at the Venetian Macao from 16 to 18 May 2017 and among the highlights of the exhibition and conference was a special charity poker tournament hosted by IDNPLAY.

Held at the Venetian’s Poker King Club, the tournament saw around 120 players compete for a handful of major prizes including a special edition IDNPLAY customized Rolex Submariner, a Tag Heuer Connected and a Macbook Air for the top three finishers. An Apple iPad was also given away to those who finished 4th to 10th.

In conjunction with Oriental Game, IDNPLAY’s guests were later treated to a “Work Hard, Play Hard” party to show appreciation to their business partners for their loyalty and support throughout the years. The party was led by DJ Leng Yein and DJ Yasmin and was attended by more than 400 people.