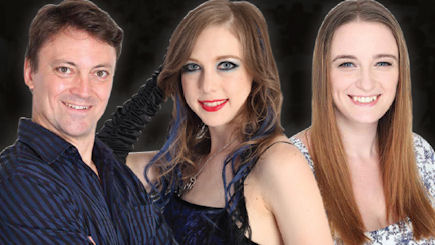 The famous game of mahjong will break new ground in 2014 with the first ever World Championship using Japanese-style Riichi rules to be held in France. Who will come out on top?

This summer, mahjong’s first ever Riichi World Championship will take place in Puteaux, near Paris, France. Players from throughout Europe, the United States, Japan and a number of other locations will gather to finally see who the best Riichi player in the world is. Qualifiers have been running for months and representatives for each area were determined in the spring.

From 16 to 20 July the Mairie de Puteaux will be filled with 120 players from over 20 countries, battling it out using the Riichi (Japanese-style) rules on a world stage. A total of 14 games (hanchan) will be held over the course of the event. This long format is sure to be favored by skilled players and minimize the variation found in short tournament structures.

The event is organized by TNT (Tri Nitro Tournament) – a French Reach Mahjong Team with a pretty awesome logo that includes a mahjong tile with dynamite on it – and is sponsored by major players in the mahjong industry including Ron2, the Japan Professional Mahjong League (JPML) online battle site, ReachMahjong.com, Mahjong News and more.

Naturally this unprecedented event will be attended by the best and most notable players in the world, representing all major countries.

The majority of players will be attending from Japan, home of the only Riichi Mahjong professional circuit, so let’s take a look at their top participants:

Inducted as the third president of the JPML in 2013, Moriyama has been a leader and a feared pro player in the mahjong industry in Japan for over 30 years. He also participated in the 2008 European Riichi Championship in Hannover and will be representing the veterans of the game, looking for his first overseas title.

Often presented as a pair of loving sisters, put these two at a table together and you’ll get some heated competition. Both hold titles in Japan in their own rights and are the most famous professional players in the world. Aki placed fourth in the World Mahjong Championship held in Tokyo in 2002.

The first American player to join the JPML (with Jenn, below), Nelson calls Tokyo and its mahjong parlors his home, posting significant results in both JPML’s Masters tournament and North Kanto League over recent years. With extensive experience in tournaments both in Japan and overseas, he’s likely to rank high at the WRC.

Your faithful mahjong columnist and the first American player to ever join a professional mahjong organization in Japan, Ms Barr has been present on both the Japanese and international mahjong scene for the past eight years. She’s hungry for a title and rumor has it she’ll be training exclusively for this event.

Now let’s take a look at the global contingent:

Co-founder of ReachMahjong.com and influential in the European mahjong scene, Collinge has won more trophies in Europe than any other member of JPML and many players in Europe. She is consistent in her results and is known for scoring big hands and big games.

As one of the strongest players in internet mahjong and with a loyal following, Clarke will bring theory to the game and wipe out any weak competition in an instant. He knows the game and the rules inside out and has more experience at the table than most of the amateur players combined.

Placing third at the second European Riichi Championship in 2010, Bresnick has proven his presence in world mahjong and is an active contributor to expanding the game and community. He is currently in charge of the United States Professional Mahjong League (USPML).

Francks is one of the most active members of the Seattle Mahjong group and qualified for this event through USPML’s online qualifier.

Divis is the reigning European Riichi Mahjong Championship winner and will have the biggest mark on Day 1 of this tournament. He is one of two players representing the Czech Republic.

Christensen has been the president of the European Mahjong Association (EMA) since 2011, which makes her the most influential person in European mahjong culture. She is a mahjong enthusiast and plays all types. She is innovative in arranging seminars and events and is one of the most experienced players in the field. We can expect high results.

Martin Rep is the owner of Mahjong News, the most-viewed mahjong website in the world. He has been a strong promoter of the WRC and has been campaigning for it for many years. He was extremely influential in the communications between Asia and Europe to make this dream a reality. He is also an excellent Riichi player and will make the field that much tougher.

This is just a taste of the competition that will ensue in Puteaux this summer. With a total of 30 tables, it’s going to be a full house and a tough battle to the top. The structure is brand new and everyone will be working out new strategies to make it to the final table and get their hands on the trophy. WGM will be there and we’ll bring you a full report on the results of this groundbreaking event.