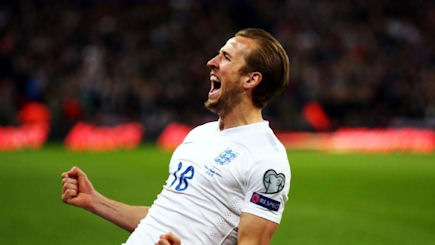 The race to the EPL finish line took some time off for the international break last weekend but there was still plenty to talk about – particularly in the wake of England’s 4-0 win over Lithuania which sees them six points clear at the top of their Euro 2016 qualifying group.

Without doubt, the man of the moment was 21-year-old Harry Kane. The Tottenham striker has enjoyed a dream season for Spurs with 29 goals in all competitions and his remarkable run continued as he scored found the back of the net just 79 seconds into his England debut. It’s been a long time between drinks for English fans but with the likes of Kane and Raheem Sterling coming through the ranks the future is looking bright.

Sterling was another to score his first England goal against Lithuania but it is his drawn out contract talks with Liverpool that continue to make headlines. The Reds are desperate to re-sign the youngster who they consider a key piece of the puzzle in their quest to climb back to the top of English football but rumor has it his wage demands are spiraling out of control. One report has even suggested he would be willing to knock back a massive offer of £180,000 per week – despite the fact that his undoubted potential remains a long way from being fully realized. It will likely be some time until the matter is resolved, but at least the Reds can look forward to having him on board for this weekend’s season-defining clash with Arsenal at the Emirates. Sterling has been cleared to play after suffering a toe injury against Lithuania but teammate Daniel Sturridge remains in serious doubt – as does Arsenal’s Danny Welbeck who suffered a knee injury against Lithuania.

The Gunners can potentially leapfrog Manchester City into second spot with a win over Liverpool this weekend and haven’t given up hope of chasing down Chelsea either with eight games still to be played. Likewise, Liverpool need all three points to keep their Champions League hopes alive following last week’s disastrous loss to Manchester United at Anfield left them five points adrift of the top four.