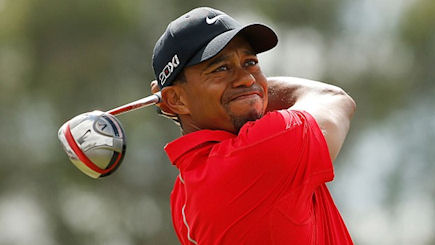 When Tiger Woods burst onto the scene back in 1997 – the year he won his first major by an incredible 12 strokes and reached the top of the world rankings for the first time – many predicted he would not only surpass Jack Nicklaus’ record of 18 career majors but become the first to ever win 20. Nicklaus himself has always maintained that would be the case and as recently as last year stated, “I still think he’ll break my record. Tiger’s talent, at 37, it’s not that old. I won four after that. They were spread out. It wasn’t that difficult. I don’t think for Tiger to get four or five more – or six or seven – is that big a stretch.”

At 38, it’s not unreasonable to predict that Woods potentially has another 10 years left in him where winning majors is a realistic possibility. But can he really reach 20, or even Nicklaus’ 18? We think not – and here’s why.

Let’s start by looking at Woods’ record during his halcyon years. Between 1997 and 2008, Woods won 14 majors at a rate of better than one per year and set records no one had ever imagined possible on the golf course. They included becoming the youngest ever player to win 50 PGA Tour events; winning six consecutive tournaments in 1999 including the US Open; becoming the youngest to win all four majors (by the age of 24) and the first to hold all four at the same time. Between August 1999 and April 2010 he held the number one ranking for a combined 545 weeks and to this day holds the record for both the longest continuous reign at the top (281 weeks) and the most total weeks (683). Woods wins his first major at the US Masters in 1997

Even when Woods’ rivals began to gradually close the gap, he still found a way to win and his success at the 2008 US Open remains one of his most famous wins. Just a few months after major knee surgery and basically playing on one leg, Woods beat Rocco Mediate on the first hole of a playoff to win his 14th major and become just the second man after Nicklaus to win three career grand slams.

Who would have thought at the time that six years later he would still be stuck on 14 majors? There have been distractions, of course. Various leg injuries, back surgery earlier this year and his highly-publicized marriage breakdown in 2009 and 2010 have all seriously hampered his form on the course. But the stats are clear – he’s had just three top-six finishes in the last 12 majors he has played and just eight Tour wins since 2010. Compare that with 11 top-six finishes and 25 Tour wins in the previous four years and it’s quite a slide. There is also Woods’ performance at the recent Open Championship at Royal Liverpool that can’t be ignored. Even though it was his first major since back surgery in March, he needed to sink a tricky putt at the end of Day 2 just to make the cut and finished a massive 21 strokes behind winner Rory McIlroy in 69th spot. Even with improved health ahead, that’s a lot of ground to make up.

To call Woods a spent force would certainly be going a step too far. Assuming his injury woes are finally behind him, there is no reason he can’t jag another major or two before age finally catches up with him. But as far as we can see, Nicklas’ record of 18 is safe. And as for 20? Forget it.