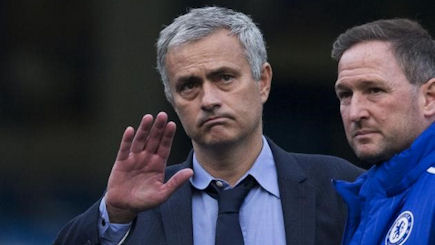 José Mourinho’s tenure at Stamford Bridge is hanging by a thread after Chelsea suffered their sixth defeat in 11 league games last Saturday in going down to Liverpool. A match that loomed as a vitally important one for both managers, the Reds’ 3-1 win was also Jürgen Klopp’s first league victory since taking over from Brendan Rodgers a month ago. After a miserable 18 months, the Liverpool faithful are starting to dream again but it is a very different story for the defending Premier League champions following another bemusingly toothless display. It seemed like the moment Mourinho so desperately needed. Although he remains a hero to Chelsea’s fans who waved banners in support of their beleaguered manager throughout the match, it is results that will ultimately decide the 52-year-old’s fate. And unfortunately the group that sat atop the Premier League last season is struggling to get out of first gear.

Following their bright start, the Blues quickly faded away and were soon being out-passed, out-pressed and out-witted by an energetic and confident Liverpool side – even if the visitors were lucky to equalize given Philippe Coutinho’s equalizing goal came a good 30 seconds after the half-time whistle should have blown.

Nevertheless, Liverpool’s breakthrough had looked inevitable and Coutinho returned to give them the lead midway through the second half following a brilliant header from substitute Christian Benteke. Benteke then scored a clever goal of his own, underlining what a relief it is for the Reds to have a player who can hold up the ball, win the air duel and of course score! While Liverpool are very much a work in progress, Klopp noted afterwards that the players had adjusted to his new tactics better and faster than he anticipated. He has already provided the club with a breath of fresh air and it’s good to see a number of players now back in their natural positions. Roberto Firmino, for example, played false 9 at Stamford Bridge after being used on the flanks under Rodgers. Alberto Moreno can now play his nature left back rather than left wing or sitting on the bench. And having struggled to find the back of the net for well over a year, Liverpool is finally rediscovering its goal instinct – scoring three goals for just the second time this season.

All of which is a direct contrast to the dreadful situation at Stamford Bridge. Although he wasn’t present last weekend, Chelsea’s famously impatient owner Roman Abramovich will certainly have taken note of his side’s insipid display and must be wondering why he didn’t lure Klopp himself when he had the chance. Despite the fact that Mourinho’s increasingly erratic behavior and regular criticism of referees and journalists is clearly infecting the performances of the team, replacing him is no easy task.

Carlos Ancelotti is the biggest name available and has previously enjoyed success at Chelsea, having led them to a Premier League title and FA Cup victory between 2009 and 2011, however the manner of his departure – sacked by Abramovich in the corridors of Goodison Park following a 1-0 defeat at Everton – might make him reluctant to return. Their other obvious option, Bayern Munich’s Pep Guardiola, won’t be available until the end of the season and is reported to be close to re-signing with the German giants anyway. The pool of truly elite managers is a particularly small one. But where does Mourinho fit in that regard?

Only last month he stated that if Chelsea sacked him they would be sacking the best manager they’ve ever had and with Blues having won a total of nine trophies under his watch, he may have a point. The only problem is that the “Special One” doesn’t seem so special anymore.