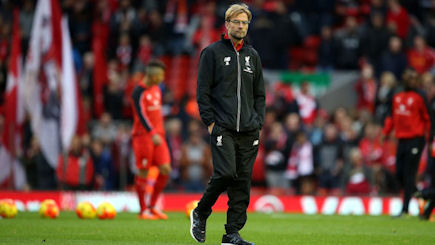 It’s October and Jürgen Klopp, one of the most sought after football managers in the world, has just become the fourth Liverpool manager in five years under Fenway Sports Group. With his predecessor Brendan Rodgers in charge, the new season had been nothing short of a disaster with just four wins from 11 games and a winning ratio of 36.4 percent. Even for a coach who came so close to leading the team to the Premier League title two seasons ago, it was unacceptable. Fast forward to early December. After two months in charge, Klopp had already given Anfield reason to believe again, winning eight of 13 games and lifting that win percentage to 61.5 percent. So what exactly is Klopp’s remedy? Liverpool’s five game winning streak in November was eventually stopped by none other than struggling Newcastle United – an extraordinary end after the Reds beat Manchester City 4-1 at Etihad Stadium, smashed Southampton 6-1 at St Mary’s and won a tough continental match against Bordeaux to progress to the next stage of the Europa League. Jürgen Klopp quickly made the Reds a formidable force with his renowned style of relentless pressing high up the pitch and lightning speed of transition from defense to attack.

The Blue Moons were very much ambushed from the beginning of their clash while the Saints simply had no answer to the tactics. But nothing is more telling than Liverpool’s defeat at St James Park, when the Magpies fought so hard for their beleaguered coach Steve McLaren to counter-press Liverpool and suffocate their attack. After the match, Klopp admitted the Reds didn’t press their opponents as planned from the beginning. Fatigue might be one of the reasons, but their inconsistency was likely down to the gradual development of tactical awareness under Klopp, which requires long periods of training and self-belief. We now know that Liverpool is playing pretty much the same style of football that Klopp’s former clubs Borussia Dortmund and Mainz once played. The term used to describe it, Gegenpressing, is nothing new but was popularized by coaches like Klopp and Bayern Munich’s Pep Guardiola. Simply translated as “counter pressing”, Gegenpressing is considered a fad by some and it has been pointed out that the high workload required caused Dortmund a lot of problems after three or four years under Klopp’s rule. Injuries and fatigue wore them out and in his last year with the club Klopp had no way of halting their decline. But Gegenpressing does work – and here’s why.

According to English newspaper The Guardian, a section in UEFA’s technical report on last season’s Champions League was headed “Counters are key”. In it, there is a highly telling statistic that 20.6 percent of all goals scored from open play in the Champions League last season were from counters. The figure is presented as though it is a lot, but it is actually down from 23 percent in 2013/14, 27 percent the season before that and 40 percent in 2005/06! In other words, the proportion of goals scored from counters has almost halved over the last decade, at least for the top clubs in Europe. Ten years ago, English Premier League football was at its strongest and Liverpool fans won’t have forgotten their classic matches against Barcelona in February 2007 in which Rafa Benitez used counter-attacking tactics to upset a Barca side boasting the likes of Lionel Messi and Andres Iniésta.

But Benitez and another counter-attacking maestro in José Mourinho are no longer the most influential managers in the world – and part of the reason is gegenpressing. Simply put, when the side in possession loses the ball and risks being hit by a counter attack, they instantly press their opponents and kill off any chance of the counter-attack happening.

There are actually a number of different ways of describing gegenpressing. In 2008, German great Jürgen Klinsmann spoke of “immediate ball recovery”. When Guardiola led Barcelona it was the “five second rule” – the team would press at top speed and with maximum intensity for five seconds immediately after losing the ball, after which if they failed to retrieve the ball they would revert back to their standard defensive positions. Relentless pressing high up the pitch will of course cause fatigue and injury. In Liverpool’s case, the usually healthy Philippe Coutinho suffered a hamstring injury in November to add to the injury woes the club was already facing even before Klopp’s arrival. But no one can deny that gegenpressing is bringing big change to the Reds. Klopp promised he would make Liverpool “a fast, exciting and strong side” and he is quickly living up to his promise.

We can also identify which players have benefited most from the management change – primarily the side’s young players and those being played out of position under Brendan Rodgers. The Northern Irishman was once renowned for his use of young players, but as the going got tough he appeared to deviate from what he once believed.

Why, for example, was Divock Origi – who scored a stunning hat-trick against Southampton in the Capital One Cup – so moderate under Rodgers’ watch? And how was it that fellow young gun Jordan Ibe showed so little improvement? Liverpool’s England international right back Nathaniel Clyne has put their improved showings of recent months down to Klopp boosting the young players’ confidence. By offering clear tactical instruction and endless encouragement, almost every player has again begun to show what they are capable of. Rodgers became a little arrogant in his tactical plans towards the end of his reign. He shifted the formation constantly between three and four defenders while most of his young players lacked the tactical awareness and training time to implement his instructions. Many were used out of position, most notably Emre Can who was an up-and-coming box-to-box midfielder forced to play centre back instead. Alberto Moreno lost his left back position to a right-footed Joe Gomez, while Lucas Leiva – an experienced defensive midfielder – was rarely used at all despite the team regularly leaking goals.

By contrast, Klopp doesn’t like to change his formation or tactics too often with the main variation being up front where he can choose between target men like Origi or Christian Benteke, or a false nine like Roberto Firmino. The stability of tactics and formation is down to the requirements of gegenpressing where the team is constantly moving in a tight and compact unit, with little space between players in order to kill the opponent’s passing area.

At Barcelona’s training facility, some of the pitches are marked by small lateral and vertical lines to give the players clear spatial awareness. It is actually nothing new – the Italians have always been famous for their philosophy on spaces during a match. Arrigo Sacchi, the former AC Milan tactical maestro, had a “25 meters” theory which means there should be no more than 25 meters between the defending and the attacking line. Following on from that theory, Benitez used an imaginary rope for the players – requiring all players to run together as if they were tightened by a rope. Rather than a fad, gegenpressing is a combination and evolution of some highly effective tactics from the last few decades. Likewise, counter-attacking won’t disappear either as Leicester City, the surprise packets of the Premier League this season, have illustrated so effectively.

There is never a single answer as to which tactics are most effective with different styles suiting different sides. But in Liverpool’s case the early signs are that they have found the right man with the right ideas to turn this famous club around and give the Anfield fans something to cheer about again.