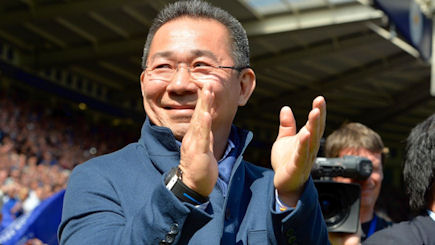 England’s The Telegraph is reporting that Vichai Srivaddhanaprabha visited the casino two nights after his side secured the title, winning more than enough to cover the cost of the Mercedes-Benz cars he has promised each of his players! It also leaves Genting as one of the few establishments perhaps slightly regretting Leicester City’s incredible success this season with the town already experiencing once in a lifetime celebrations.

Srivaddhanaprabha is an incredible success story in his own right. The 58-year-old opened his first duty free store in 1989 in Bangkok and has since built the business into an empire with Forbes estimating his fortune at around £2 billion – enough to make him Thailand’s fourth richest man.

He has become a popular figure in Leicester where he is renowned for buying beer for fans.