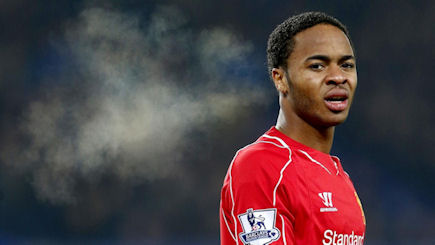 Seven months after he first rejected a contract extension at Liverpool, the Raheem Sterling transfer saga has finally come to an end. Sterling will become the most expensive English player in history when he joins Manchester City in a staggering £49 million deal that includes £44 million upfront and another £5 million in performance related adds-on. The deal falls just £1 million short of Liverpool’s £50 million valuation of Sterling, a player City’s manager Manuel Pellegrini has pursued relentlessly since last season.

It is reported that Sterling will earn as much as £200,000 a week at City over five years, which means he will cost them almost £100 million! For a player yet to turn 21, it is an astronomical fee.

For all their failures in the transfer market last season, Liverpool can consider this deal a huge success. The wantaway winger’s relationship with Liverpool and their supporters had become untenable in recent months as it became increasingly clear he was determined to leave Anfield, but the Reds’ hardline stance over his sale price was exactly the sort of single-minded determination Reds fans have been longing for. Rather than simply letting him go, Liverpool not only named him in the squad for their off-season Asian tour – one he tried to avoid – they were also willing to let him rot in reserves if the offer they wanted couldn’t be reached. With two years left on his contract, Liverpool was in no rush to sell him. The situation is somewhat similar to that of Luis Suarez two seasons ago when the striker’s wish for a move to Arsenal was trashed by the club and he was forced to train alone. However, in Suarez’s case the player respected the club’s stance, put his head down and enjoyed the season of his career before later securing a dream move to Barcelona.

Manchester United and Tottenham Hotspur both got the best deals possible from the sale of Cristiano Ronaldo and Gareth Bale respectively by using hardline negotiating skills. And while Liverpool has lost an asset in Sterling, they would also know he has a long way to go before he lives up to such a massive price tag. There is no doubt that, while Sterling and his new Manchester club will be ecstatic to have finally signed their long-awaited deal, the Reds are the biggest winners of all. The key question now for Liverpool will be what they do with their £49 million. While Sterling’s speed and versatility will be hard to replace, they may already have an ideal suitor in place with 19-year-old Jordon Ibe whetting the appetite of the Reds faithful when given a handful of opportunities late last season. And with their midfield and defensive depth strengthened earlier in the summer, surely all attention must now turn to bolstering Liverpool’s strike force.

The departure of Suarez and absence of Daniel Sturridge through injury through most of 2014/15 saw the side score just 52 Premier League goals – almost half the record 101 they produced 12 months earlier. Now, with the kitty having received a welcome top-up, it would beggar belief if the Reds’ controversial transfer committee don’t splash out on the big-name striker they need.

After the transfer disasters of last year, Liverpool fans will accept nothing less.