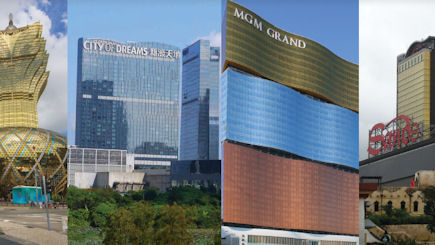 In the second part of his series of columns examining the renewal of the licenses of Macau’s gaming operators, Luís Mesquita de Melo takes a look at the many variables that might influence the outcome and what new measures the Macau Government could potentially introduce. The million dollar question that has been consistently raised by the community of gaming operators, investors and industry analysts is what will happen when the Macau gaming concessions and the associated gaming sub-concessions expire in 2020 and onwards?

This question is not formulated out of a mere journalistic interest but arises out of very relevant considerations in terms of business continuity and financial commitments that extend way beyond the 2020/2022 timeline.

This is what we know at this stage:

It is true that the Macau Chief Executive has the prerogative to extend the concessions/sub-concessions’ term for a maximum of five years, but this possibility can only be exercised once the 18 or 20 years concession/sub-concession term is fulfilled, which doesn’t help to ascertain now what will happen then. This is what we don’t know:

Although we don’t believe that, based on what we know today, any of the current gaming concessions and/or sub-concessions may be at risk of non-renewal, the fact is that the renegotiation process will eventually open a window of opportunity for the Macau Government to:

These, in our view, constitute the main variables that will influence the current gaming concessions/sub-concessions renegotiation process and will eventually reshape, at least to a certain extent, their scope and contractual framework.

We sincerely hope that the government and the regulator do not remain tight-lipped on these issues and that well before 2020 we can see a fruitful discussion and a clear legal path for business continuity being implemented with transparency and based on the rule of law.