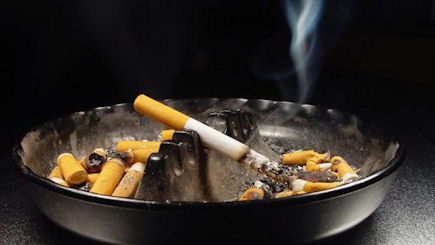 Several highly reputable and informed sources, speaking on condition of strict anonymity, have told WGM that the so-called “independent” survey on smoking in Macau casinos released earlier this week by Macau’s concessionaires was “contrived”, “set up to get the best result possible for the operators” and “a sham survey”.

First, some background. In recent months confusion has reigned supreme regarding laws regulating smoking in Macau casinos. It’s been proved time and again that smoking restrictions harm gaming revenues so the concessionaires would like nothing more than open slather on smoking – with smoking permitted on mass gaming floors, in VIPs areas and anywhere else within a decent football kick of a felted table or a slot machine.

On the other hand the Macau Government, to their credit, has got with the times and in the interests of public health and safety seem determined to restrict smoking as much as possible – preferably banning it in all gaming areas completely. So what happens when an unstoppable force (like the Macau Government) hits an immovable wall (which the operators are resembling when it comes to the smoking issue)? Usually it turns out that the wall isn’t immovable after all and the unstoppable force wins. The wall crumbles and life moves on. Change, and usually change for the better in the long run, is inevitable.

But the concessionaires aren’t going down without a fight – and the fight is getting nasty. Earlier this week, Public Relations representatives of each of Macau’s six concessionaires issued a joint press release on the results of an “independent study” alleging that 66 percent of casino employees supported the retention and development of smoking lounges in Macau’s casinos.

But according to WGM’s sources (who, as we say in the media, are “very close to the matter”) there’s a lot more to the “survey” than meets the eye.

This “independent study”, which purports to have surveyed 34,000 casino employees, was in response to a previous study conducted by Macau’s Health Bureau at the start of the year which found that 70 percent of residents, 80 percent of casino workers and 85 percent of tourists support a full ban on smoking in casinos – including in VIP rooms.

So how do we reconcile such starkly contrasting results? According to several sources approaching WGM in recent weeks, it all comes down to the tricky and largely deceitful manner in which the concessionaire’s survey was conducted.

One of these sources in particular told us they were “very concerned about what was happening and wanted the truth of this survey to come out.” Macau’s six casino operators jointly announced today the findings of an independent study to gauge various stakeholders’ views towards proposed tobacco control legislation, which would ban all smoking inside the casinos, including previously approved smoking lounges.

The comprehensive study shows that among almost 34,000 participating employees of the six casino operators, 66% support the retention and development of smoking lounges within the casinos. The respondents composed of 81% gaming and 19% non-gaming employees [sic], including smokers and non-smokers, all of whom the proposed total smoking ban is aimed at protecting.

In addition, 47% of VIP customers and 31% of mass customers are concerned that a full smoking ban will have a detrimental impact on employment and Macau’s economy more generally.

However, WGM has been reliably informed by a number of sources that this wasn’t even the first study the concessionaires conducted with an earlier version turning out extremely unfavourable numbers more in line with the Macau’s Health Bureau’s findings.

Instead of accepting the truth, the concessionaire’s response was to redesign not only the questions but also the entire methodology. The final survey contained five questions with the key question buried beneath various lead-up questions designed to lead employee answers in a certain direction and achieve the best possible result on the key “smoking lounge” question.

This key question had three options to choose from, as follows:

It is clear that the wording of each of these options has been carefully considered, with the second question starting with “banning smoking in mass and VIP gaming areas” to appear a more favourable option. This is in stark contrast to normal research best practice.

How is any of this possible from a survey conducted by a reputable “international professional services company”? It’s possible because the study was not independent at all. WGM was informed by our sources weeks ago that this international professional services company was KPMG, but our sources tell us that their involvement was limited at best. They were, in fact, brought in relatively late in the piece to give the study “some semblance of credibility”.

In reality, the questions were designed and written by the operators, who also managed the entire process and in many cases management was present while employees gave their dutiful answers. Yes sir, no sir, three bags full sir.

It is also unusual the concessionaires didn’t name KPMG in their press release. We suspect they were concerned that if anyone asked KPMG if they had control of the survey KPMG wouldn’t be able to answer yes.

Perhaps the concessionaires were also feeling rushed – as is evidenced by the poor grammar and structure of the press release itself. The day before the press release was hastily issued, WGM contacted Ms Maggie Ma, Senior Vice President of Corporate Communications at Melco-Crown, to ask her about all of this and were told by email, “Releasing preliminary, inaccurate data would only serve to taint the broader study.” Ms Ma’s five counterparts at the five other concessionaires were all copied on all the email correspondence between WGM and Ms Ma.

Just 24 hours later, those six PR representatives of the six concessionaires – Ms Maggie Ma, Mr Buddy Lam from Galaxy, Ms Irene Wong from MGM, Ms Tiffany Chan from SJM, Ms Katharine Liu from Wynn and Ms Winnie Wong from Sands – released the data, no doubt worried they might be beaten to the punch by the story of what really happened.

WGM is aware that there were some internal disputes between the six concessionaires over exactly what they should do with the figures they had obtained from this survey. Some of them were rightly concerned that their figures were so outrageously different to those obtained by the government that government officials would be insulted by a clearly contrived result. And don’t think this doesn’t go right to the top – in recent weeks we’ve heard many of the CEOs of the concessionaires weigh in on the smoking debate, with MGM China Holdings Ltd co-chairman Pansy Ho in recent days even saying, “Does a complete smoking ban worry me? It worries all six of us.”

WGM decided to put these 10 questions to the aforementioned six Public Relations representatives of the concessionaires yesterday morning:

None of these questions was answered directly, with only the following generic and unsigned answer supplied in response to our questions:

In past months, there were many different studies on this topic. The 6 casino operators believe it is in the best interest of the public to have an independent view on this issue. Thus, the six casino operators have taken the initiative and liberty to commission KPMG as an independent adviser to help formulate and conduct the study which applies various systematic methodologies and international standards, so as to provide a comprehensive and non-biased view on the impact to the casino employees, customers as well as the wider community. The survey is statistically significant and has robust results.

At least they finally admitted the “international professional services company” was indeed KPMG. But this answer does seem to accuse the Macau Health Bureau of not being independent.

A vote on the proposed full smoking ban is expected to be put to the Macau legislature within the next two weeks and the concessionaires recognize they face a losing battle. They are clearly desperate to at least retain smoking lounges. In fact, one of our sources told us, “Of course we want smoking everywhere but that simply isn’t happening. Right now, if we were to get smoking lounges, that would be seen as a huge victory.”

Whether smoking lounges are a good idea or not is actually a matter for another story, but there is every chance the concessionaires have just put the final nail in their own coffin, by releasing this duplicitous and sneaky survey which our sources described to us as, “Little more than a sham survey to put pressure on the Macau government.”

This kind of cynical behaviour, if true, is not only incredibly disrespectful of the Macau government but also shows disdain for the genuine opinion of the wider people of Macau. In this regard, it could well prove to be a PR disaster for Macau’s casino operators.

And most importantly of all, we suspect it will simply strengthen the government’s resolve.