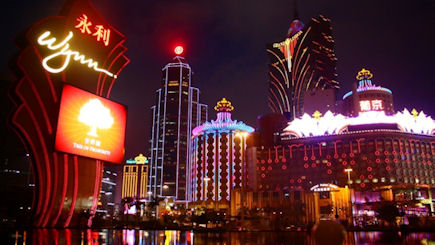 In recent days, Macau gaming industry news has been all doom and gloom. Vice President of the Macau Economic Association, Jack Chang Chak Io, recently said publicly that the best years of the gaming industry are behind us.

Visa controls have been tightened. No more dodgy unused tickets to third countries to allow Chinese to visit Macau – the “third country” trick now only works for people who actually go to that third country … and stay there a while.

The VIP market is doing it extremely tough. Junket rooms resemble ghost towns. “Self-censorship” is occurring, with the Chinese wealthy effectively barring themselves from Macau. Wynn Macau’s bottom line has been decimated and SCL’s Chairman Sheldon Adelson has even been on the publicity trail trying to shore up public opinion.

Ponte 16 boss Hoffman Ma says he wants his own license in the future, but the general consensus is that the chances of the Macau government issuing any more gaming concessions is – to use a good Aussie expression – somewhere between Buckley’s and none.

The question on everyone’s lips is this – how much worse can it get? Well, in my view, it will get a lot worse before it gets better.

What about the precarious credit situation of many of the VIP clubs? What about the continued uncertainty on the number of gaming tables the new casinos will be getting? And what about the Chinese New Year factor? Last year’s CNY was an absolute bumper – so expect a staggering year on year drop of maybe around 20 to 30 percent. Even the opening of Galaxy Macau phase II will be muted in the current climate and will raise more questions than it answers. Do we really need more capacity right now? And here they all come: Studio City, Parisian, Wynn Palace, MGM Cotai and Lisboa Palace. Not to mention Louis XIII.

So in my opinion don’t expect those stock prices to be turning around just yet. Things may well get quite a bit worse before they get better.