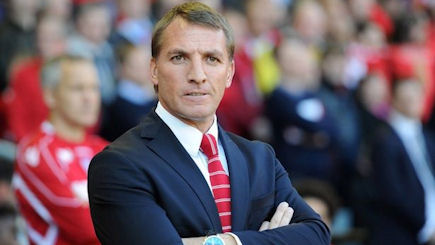 If ever Liverpool’s woes this season were laid bare, it was last Saturday when they produced yet another meek performance when it mattered most – this time in Steven Gerrard’s last game at Anfield. A game which should have seen the Reds primed for a big display instead saw them surrender an early 1-0 lead to fall 3-1 to lowly Crystal Palace. A season that showed some promise after a slow start has now fallen apart completely with Champions League football having escaped them shortly after their shock loss to Aston Villa in the FA Cup semi-finals. Now they find themselves in a fight to keep youngster Raheem Sterling – who seems more determined by the day to escape the chaos at Liverpool next season – while transfer links to any number of players has yet to produce any tangible evidence of big-name arrivals in the summer. That leaves Brendan Rodgers among a handful of managers fighting to save their jobs following a disastrous campaign that has seen them fall well off the pace just 12 months after very nearly winning the title. Joining him in the hot seat are Manchester City’s Manuel Pellegrini, whose EPL title last season won’t count for much at a club that expects silverware each and every year, and West Ham’s Sam Allardyce. Pellegrini’s future remains in limbo after City failed to mount any real challenge to Chelsea for the Premier League title after Christmas and the disappointing manner of their Champions League exit won’t have helped matters. Meanwhile, Allardyce’s position at West Ham has been questioned all year and their 2-1 loss to Everton at home last weekend was just the latest in a string of recent losses. Dick Advocaat has produced a miracle at Sunderland

The one man who holds his own fate in his hands is Sunderland’s Dick Advocaat, who completed a miracle recovery overnight as he led the Black Cats to Premier League safety by holding Arsenal to draw at the Enirates. Advocaat arrived two months ago with the club looking certain to be relegated but has overseen a five-match unbeaten streak to guide them to safety. The 67-year-old is yet to decide on his future beyond this season but finds himself in the wonderful position of having a guaranteed job at the club if he wants it. How some of his rivals would love the same!