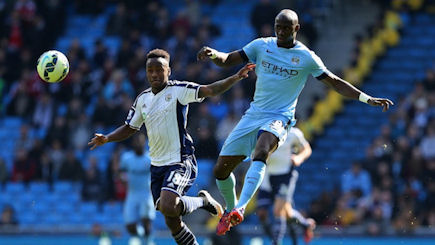 The long wait is finally over! The new season of England’s Premier League kicked off over the weekend with plenty of surprises – a scenario WGM predicted long before this week.

Two teams with championship quality suffered heavy blows, both of them involved in last week’s Community Shield. Swansea twice came from behind to cancel out defending champions Chelsea’s two lucky goals at Stamford Bridge, while Arsenal – who showed great during the pre-season – was hammered 2-0 by West Ham United at the Emirates. Having conducted some clever transfer business through the summer, clubs like Swansea, Watford, Crystal Palace and Newcastle United will pose a huge challenge to the big clubs in 2015/16. Manchester United won their opening game against Tottenham Hotspur thanks to an own goal from Kyle Walker. The victory was a nice present to manager Louis Van Gaal on his 64th birthday. But he will want more assured performances from the evolving squad to claim a good season.

Like the Red Devils, Liverpool is also a team in progress but will be pleased to come away with a 1-0 win at Stoke. Five new players made their debuts at Britannia Stadium, a pitch best remembered for the Reds’ humiliating 6-1 defeat in their final game last season. After an unconvincing performance, Philipe Coutinho’s thunderous shot four minutes from the end saved Liverpool’s blushes. It remains to be seen how the team will gel in the coming weeks. But Manuel Pellegrini will be very much satisfied after the opening round as Manchester City convincingly beat West Brom 3-0 on the road. Goals from Vincent Kompany, Yaya Toure and David Silva sealed victory for the ambitious club, while Raheem Sterling – the most expensive English player in the history – showed great promise on his City debut even though he missed a great opportunity to score when released by a silky pass. With a number of top competitors losing points and showing signs of weaknesses in their respective squads, Pellegrini should have more confidence than he did last season of pushing for the title.