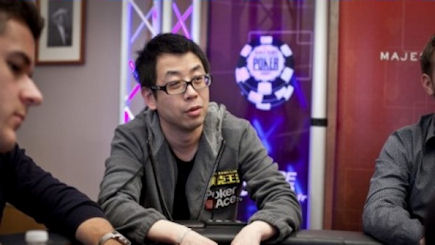 If what we’re hearing is true, Macau’s famous “Big Game” could be on the move — all the way to Manila! Rumour has it that poker operations at Manila’s Solaire Resort & Casino – home of WPT National Philippines – are soon to be taken over by Macau-based Poker King Club (PKC). Although details are yet to be confirmed, such a move doesn’t come as any great surprise. With Chinese high rollers finding it increasingly difficult to come and go from Macau as they please, PKC’s Business Director and regular in the “Big Game”, Winfred Yu, has been looking for a viable alternative to host the world’s biggest cash game should it be needed.

PKC also happens to be owned by one of Asia’s most prominent junkets Suncity, who recently signed an agreement to open a VIP room at Solaire.

This provides another incentive to base the “Big Game” at Solaire, given that two of its regular participants – Paul Phua and Richard Yong – have ties to Suncity. Phua and Yong made worldwide headlines last year when they were arrested and charged with running an illegal World Cup betting ring out of some private villas at Caesars Palace in Las Vegas. Both were later released on bail. Phua had previously faced similar charges in Macau, so Manila would no doubt be a far more appealing option while he remains in the sights of authorities.

The “Big Game”, as it is known, began to evolve in the late 2000s as news that wealthy Asian businessman were more than willing to mix it up with the world’s best. With blinds reported to be as high as US$12,500/$25,000, the likes of Phil Ivey, Patrik Antonius and Tom Dwan quickly jumped at the opportunity and with the games being held with increasing frequency at PKC a number of these pros now consider Macau to be their second home.

PKC itself has undergone a number of changes recently, having moved from its former home at Starworld to the Venetian in 2014 and only a week ago from the Venetian’s main gaming floor to a bigger room alongside Bellini Lounge.