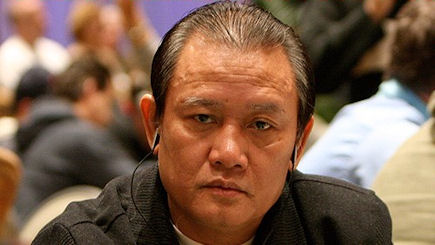 The inaugural M88PokerAsia Vietnam Poker Cup will welcome poker royalty to the tables this weekend with none other than Men “The Master” Nguyen set to headline the historic event. One of the most accomplished tournament players of all time, Nguyen sits seventh on the list of all-time World Series of Poker bracelet winners with seven between 1992 and 2010 as well as reaching the final table of the 1996 WSOP Main Event, eventually finishing fourth.

Alongside 1998 WSOP Main Event champion Scotty Nguyen, he can also be credited with paving the way for the huge number of Vietnamese heritage players to have made their mark in tournament poker in recent years. Born in 1954 in Phan Thiết – just a few hours north of Ho Tram – Nguyen was 24 when he emigrated to Los Angeles and ultimately became an American citizen although he has returned to Vietnam many times since.

This will be the first time he has played in a major live poker event in his country of origin, however, with the M88PokerAsia Vietnam Poker Cup set to become a regular fixture on Asia’s tournament calendar.

VPC1 will run from this Friday 21 to Sunday 23 August at the luxurious Ho Tram Resort Casino.