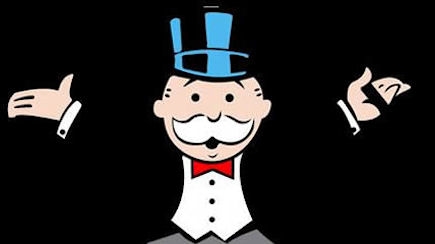 This article first appeared in the Jan/Feb 2011 issue of World Gaming Magazine.

At World Gaming we usually discuss games created specifically for betting. We also touch on ancient classics like Backgammon or traditional Asian games played for both leisure and betting. This issue we take a look at a game that has moulded many a young businessman over the decades. It is the most famous board game the West has ever produced – Monopoly. When you speak of board games no one would ever try to argue that Monopoly is not the master of them all. You could argue that chess, backgammon, go and checkers (or draughts) are all played on a ‘board’ but in the West when you talk about ‘board games’ you’re talking about an entirely different genre of games.

In 1935, just before the world was plunged into its second world war, Monopoly as we know it today was released by Parker Brothers in the US and by John Waddington Ltd in the UK. American Charles B. Darrow is credited with Monopoly’s official invention but the roots of the game go back over 100 years and there has been much controversy about who actually invented the game.

It is claimed over one billion players have enjoyed this classic board game and that figure is bound to increase particularly with the advent of Monopoly online. Monopoly is such an icon that there are now casino slot machines that use the game as their theme, and feature the game’s legendary cartoon mascot, Rich Uncle Pennybags. Even the expression ‘monopoly money’, meaning fake money, has entered general usage in the English language.

The game is a very easy one. You start with $1,500 and can use this money to purchase properties that no one yet owns as you land on them while you move around the board according to your dice rolls. If you land on another person’s property you have to pay them ‘rent’ for landing on their ‘space’. There are six coloured groups of three properties, and two coloured groups of two properties. You can improve your properties by building houses and eventually hotels on them when you own all of the properties in a group. The more improved a property is, the more rent it collects when another player lands on it. Unlike most games Monopoly gives its players the freedom to trade and gamble with each other. At any stage you can strike any kind of deal with any of the other players (you can even do deals between more than two players). You can swap properties, offer to sell or buy them from each other, or make any other kind of deal. Maybe you hold one property that is stopping a player owning all of one colour and you make them pay over the odds for that property.

This kind of dealing is what makes the game great. You need to trade amongst your fellow players to get yourself into a position where you can improve you own properties. You might have to enter a trade with one player that will put you into a position that will let you trade with another player.

You need the luck of the dice to work in your favour but you also need to be a shrewd investor and trade and bargain well to improve your position. You can even mortgage your properties to gain temporary cash flow to acquire more income-producing assets, or to pay rent. The game is over when one player eventually owns all the properties and cash, and all the other players have gone bankrupt.

To succeed you need to have the spirit of the budding entrepreneur. You have to weigh up paying the right price with taking a gamble. If you wait too long and another player becomes too strong you will find yourself in an unwinnable position. You must always be looking for a chance to improve your net asset position. Sometimes a deal will backfire and sometimes the dice will roll against you but at the end of the day you have to be aggressive and ruthless in your game play to have the best chance of winning. Many design features of the game have become iconic. You are not simply a player – you choose an avatar to represent you as you move around the board. The wheelbarrow, battleship, moneybag, car, horse, top hat, thimble, cannon, dog, iron and the boot are the traditional playing tokens and players tend to pick their favourite. You can also land on squares called ‘Chance’ and ‘Community Chest’ that leave you at the mercy of random cards which could see you gain or lose large sums of money. Free parking, passing ‘Go’ (and earning a $200 ‘salary’) to ending up in jail – these are all parts of the game that create a world within a world.

There are a few drawbacks of Monopoly, which of course some people see as positives. The game takes time to play because there is money changing hands consistently. You need to have dedicated players to make it through to the end of the game, as it can drag on. If you play with people who don’t really care then the game won’t be nearly as challenging. The other problem is that someone has to be the ‘banker’, which creates two issues. Firstly the banker has to concentrate hard throughout the game and secondly the banker, being so close to money that is not his, is in a perfect position to cheat!

The game has been revived in recent years and many of the problems have been removed. The internet has made the game a far more enjoyable proposition because the computer will take care of all the banking procedures that caused so many problems during a live game. You can also play on the internet against players from all over the world which means you don’t have to find a group of family or friends that share your passion for the game. Not only has Monopoly become a game that people play for fun, there are also internet sites where you can play the game for real money. There is a Monopoly World Championship that sees the best in the business pit their skills against each other. The World Championship has been aired on ESPN in the past so don’t be surprised if Monopoly becomes another one of those games that is played for big money and has extensive television coverage. The current World Champion is Bjørn Halvard Knappskog from Norway, who won the title in Las Vegas last year, picking up US$20,580. This is the total amount of monopoly money in a standard set.

Monopoly has localised versions to cater to different markets. There is an American version of the game that features streets from the Atlantic City area, while most Commonwealth countries use streets from London. There is also a Las Vegas version that features casinos instead of ‘streets’, and even a special world version of the game featuring world cities. The game and the process remains the same irrespective of the varying property names.

If you have never played Monopoly then we urge you to have a go. It can be highly challenging and is very different to traditional games like mahjong and chess. Light up a cigar, pour yourself a scotch and pretend you are a high-flying businessman trading against other tycoons, looking for your chance to run the city streets.