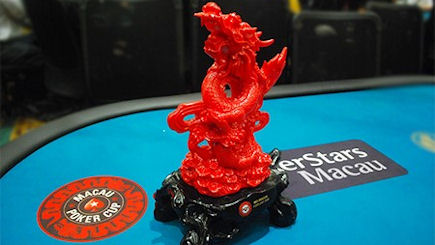 Today marks exactly one week until the 21st running of the Macau Poker Cup (MPC) gets underway at the PokerStars LIVE Macau room at City of Dreams. It was a little over six years ago now that the very first MPC was held with a tiny field of just 33 players taking part in the Main Event. The organizers could never have dreamed that by early 2014 MPC20 would attract a whopping 995 entries, with some of the world’s best players flying in to help create a record prize pool of HK$9.65 million.

Now the goal is to crack the 1,000 player mark and having come so close in January there is a great chance that the latest Red Dragon Main Event will reach this magic number. The HK$11,000 Red Dragon begins on Friday 8 August at 19:00 and boasts three Day 1 flights with the final table scheduled to take place on Wednesday 13 August. The winner of the Red Dragon will not only win around HK$2 million and entry to the 2014 ACOP Main Event, but will also be awarded a stunning Slyde “Titanium” design watch worth around HK$66,000. Slyde was recently named “Official Watch Sponsor of PokerStars LIVE Macau” throughout the rest of 2014.