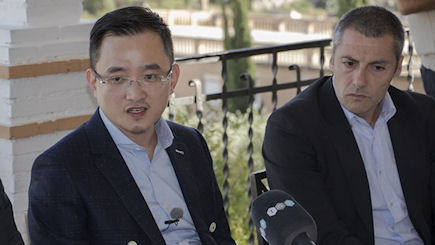 The Minnesota Timberwolves are set to unveil the NBA’s first Chinese owner, with current owner Glen Taylor to sell a five percent share in the team to Shanghai businessman Lizhang Jiang.

Taylor has long spoken of his desire to find some long-term successors who will not only provide strong leadership but show clear commitment to keeping the team in Minnesota. He has apparently now found them with Jiang said to be one of two new minority owners alongside New Jersey real estate mogul Meyer Orbach. It could also prove to be a highly effective marketing move given China’s love of the NBA. Former Houston Rockets center Yao Ming was by far the country’s biggest sporting superstar during his playing days and that popularity reaped big dividends for Houston’s owners.

Whether Jiang’s small role will translate to similar success for the Timberwolves remains to be seen, but he is certainly breaking new ground – and it’s no secret that China loves to follow its own.

What factors impact player performance and just how valuable are the NBA’s superstars? When it...

China's former NBA superstar Yao Ming has been named as one of 10 people to be formally inducted...

The new NBA season is just two weeks away and what a season it promises to be. Having fallen...

The NBA couldn't have asked for a better finals match-up this year as Steph Curry's brilliant...

This article first appeared in the Sep/Oct 2013 issue of World Gaming magazine. The Miami Heat are...

Dennis Rodman has been widely criticized for his recent trip to North Korea, but I can’t see...