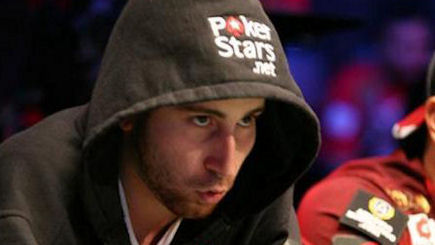 In 2008, Harrah’s entertainment – owners of the World Series of Poker – and television rights holders ESPN decided that rather than run the WSOP Main Event from start to finish like most poker tournaments, they would play down instead to the final table of nine players before taking a four month break. The nine remaining players would return in November to determine the winner, allowing excitement to build and viewers to become familiar with the remaining hopefuls in the lead-up.

These nine players were dubbed the “November Nine” and the concept ultimately achieved its goal with a significant increase in the TV audience, however like any change to a beloved tradition the concept divided opinions with many players vehemently opposed to such a long break in play. As for World Gaming? In the latest instalment of our “Blast from the Past” series, we look back at a story we first ran in our Nov/Dec 2011 issue in which we predicted the November Nine was here to stay.

Format changes over the last four years to the biggest tournament of them all have transformed poker forever. Whether they benefit the game remains to be seen. The World Series of Poker main event is the “holy grail” of poker. Its crowned champions have become immortals of the sport. Winners like Doyle Brunson, “Puggy” Pearson, Phil Hellmuth and Scotty Nguyen have all etched their names in history, their photos on proud display in Las Vegas’ famous Binion’s Gambling Hall. In more recent years the tournament has made legends out of nobodies, turning average Joes into multi-millionaires.

Traditionally poker tournaments were played over one day, sometimes extending well into the grueling early hours of the morning. This “endurance factor” was part of the fascination and skill of the contest. Due to increasing popularity tournaments began to be conducted over two days. Now, many of the larger tournaments are fought out over several days or even as long as a week, as it is often impossible to seat all players on day one.

The poker community wanted longer tournaments to afford players more time to show their class at the table. Poker tournaments have always been a war of attrition. Hour after hour, day after day, players were one stupid move or one unlucky turn of the cards away from taking the walk of shame as a shell-shocked mess. That was tournament poker and we all loved it. In 2008 the people behind the World Series of Poker (WSOP) decided they were going to make a fundamental change. Instead of slogging out the main event until one player was left standing in mid July, they would only play down to nine players at that time. These nine players – dubbed the “November Nine” – would come back in mid November to determine the winner. The merit of this innovation has been debated by poker aficionados the world over.

The change was made for the benefit of television and the accompanying revenue provided. It gave ESPN time to market nine newly made millionaires and their impending battle for many millions more. The rationale was sound and another chapter of the televised poker boom was written. Poker was about to mould its product into a pseudo-live television format. In 2011 ESPN even broadcast almost-live (with a 30 minute delay) from the start of the main event, a move that has been met with mostly positive reviews.

Big events mean big business and big business often has to tamper with tradition to increase revenue. Thirty years ago who would have thought that games of football would be delayed until television stations returned from commercial breaks? In the NBA they don’t even try to hide the fact that those who control the game are at home on the couch. Some may find it distasteful but everyone has to make a buck. We continue to hunger for more and more live sport, but sometimes progress comes at a price.

Watching the 100-meter sprint at the Olympics is always more exciting than watching the marathon. When it comes to live sporting coverage, poker is an ultra marathon. It is a game of mega-endurance and it takes days, not hours. There are long periods when nothing happens. To counter this ESPN has offered up a topical coverage that crosses back to a table when something exciting occurs.

Poker is also a game based around integrity and for the most part television has not encroached upon that. We get to see players’ hole cards when watching live poker but there has never been any credible suggestion that the contestants have surreptitiously benefitted from this. But is the “survival of the fittest” element of the WSOP diminished by giving the last nine players nearly four months off? The answer to this is probably yes. It is a release of the pressure valve. Players get to go away, compose themselves and prepare for the next battle.

The sheer popularity of this unique tournament suggests it can handle being different to other competitions played throughout the world. It appears that the “November Nine” innovation is here to stay. As long as this format becomes the exception rather than the norm, then we should embrace the WSOP main event for what it is: the biggest and most important tournament of them all.