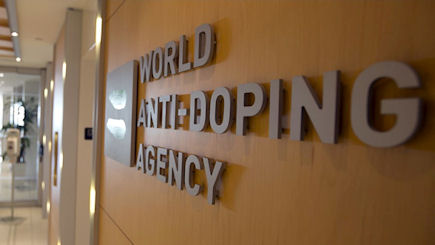 The credibility of the International Association of Athletics Federations (IAAF) – and with it the Olympic Games themselves – will go on the line today when the sport’s ruling body meets to determine whether Russia will be permitted to compete in Rio.

The IAAF suspended Russia last November after the World Anti-Doping Agency (WADA) found Russian athletes and officials had taken part in a systematic doping system that “sabotaged” the 2012 Olympics in London. It promised to lift the ban should Russia comply with a raft of strict conditions including compliance with all WADA and IAAF anti-doping requirements. But any hope of a return to competition has surely been quashed following WADA’s latest report this week which details the unbelievable lengths Russian athletes have gone to in recent months to avoid WADA drug testers.

The report says that a total of 736 tests were either declined or cancelled between 15 February and 29 May 2016 due to difficulties with collecting samples or pinpointing an athletes’ whereabouts.

They include athletes mysteriously veering off track and disappearing mid-race in order to avoid officials at the finish line; the Under-18s hockey team being suddenly replaced by the Under-17s team at the Hockey World Championships; and a female athlete who hid a container of clean urine inside her body, then tried to bribe the tester when her original plan failed.

There were also multiple examples of athletes basing themselves in military cities where WADA officials were regularly intimidated and threatened with expulsion from the country by armed guards. Often, by the time they had finally cleared the exhaustive security checks, officials were told the athletes were no longer on site. And so the IAAF sits down today with all the ammunition it needs to give Russia the bad news, but question marks over whether they have the courage and integrity to do so. That International Olympic Committee (IOC) boss Sebastian Coe has expressed a desire to see Russia compete is a concern. There are also suggestions that the IAAF, in conjunction with the IOC, will devise some sort of dubious “compromise” in order for Russia to take their place in Rio.

And so the ball is in the IAAF’s court. Either way, the 2016 Olympic Games are set to lose an old friend – the only question is whether it is Russia’s athletes or Olympic integrity that are absent when the world descends on Brazil in August.

For a city that has traditionally struggled to provide genuine diversity in its non-gaming...