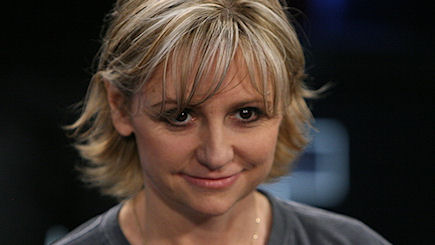 Poker has traditionally been a game dominated by the male variety of the species. There are a number of reasons for this – some of them cultural given the old-fashioned values prevalent in the Unites States when the game first became popular many, many years ago; and others related to the often intimidating nature of many male players at the tables. The good news is that this has slowly begun to change in recent years with the poker boom of the early to mid-2000s helping the game become more professional and ultimately lure more women to the game, but even before the boom there were a handful of women who successfully delved into the male domain.

One of them was Jennifer Harman, who is not only considered one of the great Limit Hold’em players of all time but one of the greatest all-round. Harman’s tournament record is respectable. She is one of only two women to have won two WSOP bracelets in open events, alongside Vanessa Selbst, having claimed her first in a $US5,000 No Limit Deuce to Seven Draw event in 2000 and her second in a US$5,000 Limit Hold’em event in 2002. She has also clocked a further 10 WSOP final table finishes and two WPT final tables.

But it’s not tournament play where Harman excels. Instead, she is renowned as a High Stakes cash game player and is the only woman to compete regularly in the legendary “Big Game” at the Bellagio against the best of the best in world poker. She was also the only woman to form part of “The Corporation” – a group of elite poker players who famously took on billionaire Andy Beal over the course of a few weeks in 2006. This remarkable high stakes clash saw the “The Corporation” pit their millions against the seemingly endless bankroll of Beal to see who would prevail. Playing alongside Harman were the likes of Phil Ivey, Doyle Brunson, Johnny Chan and Ted Forrest – esteemed company if ever there was.

Because of her focus on cash games, you probably won’t see Harman on the tournament circuit – and therefore on your television screen – as often as many of the others in our Poker Legends series, but ask any of her peers to name the toughest they’ve ever played against and no doubt the name Jennifer Harman will appear somewhere near the top of the list.