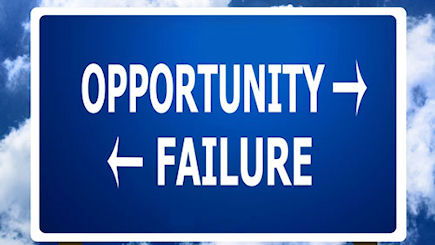 As much as we would love be dealt Aces every hand or flop a hidden monster, poker was never designed to make life that easy. In fact, on average you’re only going to be dealt A-A once every 220 hands, while even flopping a pair with whatever two cards you are dealt will only happen once every three times. That’s right, two times out of three you’re going to miss the flop completely.

This means that more often than not you’re not going to have much of hand at all, so it stands to reason that it’s even harder to hold a monster such as two pair, a set or better. So how do you make money when you rarely hold a strong hand? There are a few keys, such as extracting maximum value when you do have a hand and being able to identify the right moments to bluff, but perhaps most important of all is taking advantage of your opponent’s mistakes. Everyone makes mistakes at the poker table. It’s not an exact science. But your ultimate goal as a player is to make less mistakes than everyone else at the table and you can do this first of all by paying attention to what your opponents like to do in certain situations.

For example, some players will always bet when you check to them even if they might otherwise have folded had you bet. In this instance it makes sense to check whenever you have a reasonably strong hand such as top pair and let them do the betting for you.

Other players might have a habit of always calling a C-bet but more often than not folding to a second barrel on the turn. If that’s the case then you can easily exploit them by firing multiple barrels knowing they are going to fold far more often than they probably should. And of course there is that extremely common situation when you hold J-J or 10-10 and the flop lands something like Q-7-2 with one over card to your pair. Depending upon your opponent you might approach this a number of different ways but a common line would be to check to induce a bluff from your opponent. The theory is simple – if you bet, there aren’t too many worse hands than yours on that Q-7-2 flop that can call, but if you check there is every chance your opponent will take it as a sign of weakness and bet with their entire range.

By checking, you are preventing them from being able to make a good decision and encouraging them to make a mistake in the process.

Remember, the best thing that can happen to you at the poker table is for all of your opponents to keep making mistakes, so why not encourage them to do just that?