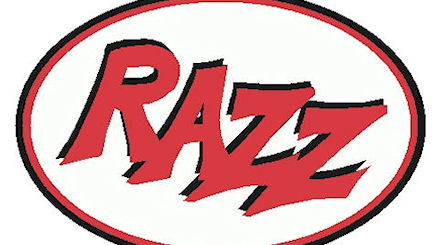 Among the many popular variants of poker, the one that seems to drive players the craziest surely has to be razz. Why? Because it is eternally frustrating to see an excellent starting hand turn into little more than trash and have to fold – a lot like A-K in Hold’em when the flop comes 7-8-9. Razz is a game in which a great hand can go south very quickly. As a result, it requires a lot of discipline to succeed, but it can also be a lot of fun provided you stick to a few basic rules.

Each player is initially dealt three cards with one of those cards an up-card that all other players can see. Players then bet or fold and a fourth card is dealt, known as fourth street, which is also an up-card. Fifth street is another up-card while sixth and seventh are down-cards. Betting takes place on each and every street with the limit doubled on sixth and seventh.

Although razz takes some time to master, you can gain an instant edge over your lower limit opponents simply by following a few basic strategic rules. The first is, of course, hand selection. Because you are relying so heavily on the cards you are dealt over the coming streets in order to make your hand, you should give yourself the best possible chance of making a good one by starting with something strong. Any three cards between Ace and 5 that are not paired is an excellent starting hand in razz and should be played strongly. It’s a similar scenario between Ace and 6. Three cards between Ace and 7 are good and should definitely be played while three cards between Ace and 8 are okay but you might want to consider folding if two or more opponents start betting wildly. Anything worse than that should be folded for the time being. Given that it takes five cards to make a hand (and they can’t be paired), you can also often tell exactly where you stand in a hand up to and including fifth street. For example, if you have A-3-5-7-10 on fifth street and one of your opponent’s up-cards is a J, you know for a fact that you are ahead – even if their other cards happen to be A-2-3-4 and they are drawing to the nuts (you can usually safely assume your opponent has four good low cards if they keep betting despite a high card showing). In this instance you should always bet strong.

This leads us to another important aspect of razz. Because it is a Stud variety, it calls on an important Stud skill which is taking note of your opponents’ up-cards. It’s all very well to be drawing to a great hand when you hold A-2-3-5 but if your opponents are showing lots of 4s and 6s then a number of your best outs are already gone.

Finally, you should make a decision by fifth street whether or not your hand is good enough to continue with all the way to the end. If you start with a strong hand such A-2-3 or 2-4-5, you can usually withstand a bad card on fourth street (such as one that pairs your hand or a K or Q), but if you don’t receive a good card on fifth you should be willing to let it go. There are two reasons for this. Firstly, you don’t want to be looking for two cards on the final two streets to improve your hand. And secondly, the betting limit doubles on these latter streets which makes it far more expensive to continue without a made hand or strong draw.

Over time much of this will become second nature to you provided you maintain your discipline while learning – and you’ll be surprised just how big an edge you have over your fellow rookies simply by avoiding the mistakes they are almost certain to make themselves.