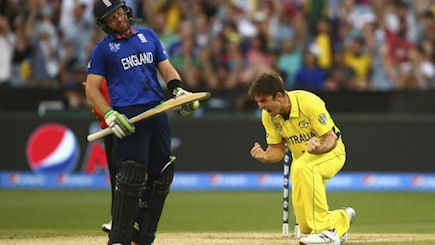 As expected, tournament co-hosts Australia and New Zealand plus big guns South Africa and India all began their 2015 World Cup campaign with important wins over the opening weekend but look beneath the surface and there was a lot to be learned from the manner of those results.

We suggested last week that it would be worth putting some cash on both Australia and New Zealand given their strong home form in the lead-up to the World Cup and that advice already looks solid. Having already beaten them three times from three meetings in January, the Australians thrashed England again by 111 runs on Saturday in a superb all-round performance that undoubtedly confirms their standing as the team to beat. Likewise, New Zealand were always in control against the dangerous Sri Lankans with a 98-run win in Christchurch and look better placed than ever to push for their first ever World Cup final or, even better, a tournament win. They are clearly masters of the unique conditions New Zealand’s small grounds and seaming pitches offer and will be very hard to beat over the coming month. WGM’s recent World Cup preview also noted that although many believe South Africa have the most complete squad of any in this year’s tournament, they have a long and almost unbelievable history of imploding at the World Cup. The manner in which they were eliminated from the 1999 and 2003 tournaments thanks to two moments of madness certainly scarred them so this current squad has a lot of history to overcome if they are to go all the way. South Africa scored a 62-run win over minnows Zimbabwe on Sunday but not before crashing to 4-83 early on. It took a record 256 run partnership between JP Duminy and David Miller to save the day, but already questions are being asked about whether they have the mental strength to produce their best cricket when it matters most. Most worrying of all is that, after that less than convincing win, the South African players must be wondering the same.

The one other side threatening to throw a spanner in the works is India. The defending World Cup champions have a horrible record playing in Australia and New Zealand on pitches that offer far more bounce than those back home and finished last in the recent Tri-Series in Australia against the Australians and the English. But they were very impressive against old rivals Pakistan on Sunday, winning by 76 runs, and if their confidence continues to build through the group stages they could well be a genuine threat come the knock-out games.

It will be interesting to see how these four sides progress over the coming weeks but it’s good to see our early betting tips and predictions hitting the mark.