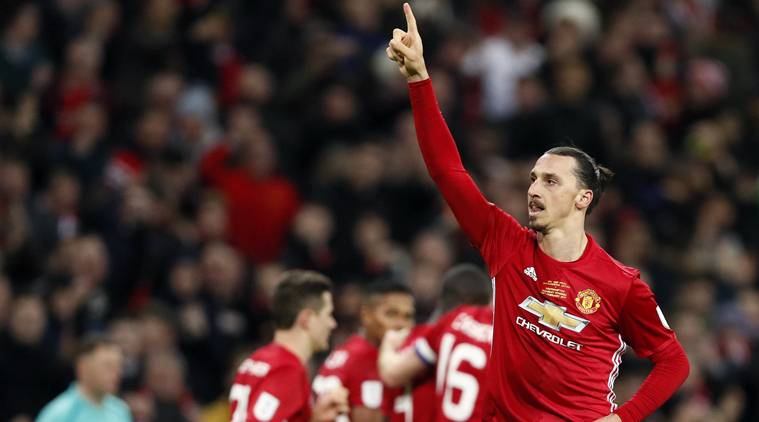 In the modern age of football where professional players must maintain extremely high levels of fitness, most have well and truly begun to slow down by the time they reach 35. Even the truly elite – such as Steven Gerrard and Frank Lampard – finish their careers in the less demanding surrounds of Major League Soccer in the United States or somewhere similar.

But one player in the Premier League season is defying that trend. Zlatan Ibrahimovic has not only scored 26 goals for Manchester United this season but also single-handedly earned manager Josè Mourinho his first major trophy at United over the weekend.

In the English League Cup final against Southampton, Ibra scored two goals – including the winner in the final minutes which sealed a thrilling 3-2 victory. The Swedish player has arguably been the buy of the season as he continues to create one record after another. And incredibly, at the age of 35, he has also played the most games of any player with 38 in all competitions.

The prolific striker is also the second United player after Javier Hernández to have scored in all competitions including the Premier League, Europe, the FA Cup, League Cup and Community Shield. His two winners in the Community Shield and League Cup brought two major trophies – typical of Ibrahimovic’s winning past.

After the Cup Final, Ibra described himself as, “an animal. I feel like a lion,” he said. “I don’t want to be a lion, I am a lion.”

This is a player whose career has spanning most major European Leagues, one who has again and again proven his critics wrong. After the League Cup final, Mourinho stated fans should camp outside Ibrahimovic’s house to implore him to sign the one-year contract extension on offer from the club, as his terms expire in the summer. It is not unwise for United fans to do so considering the incredible contribution from the Swede this season.