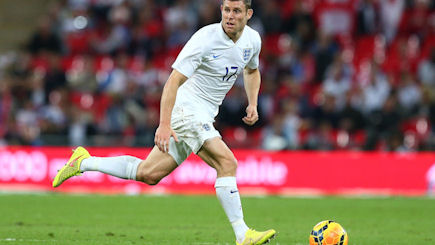 With the EPL season over, attention has now turned to the summer transfer window as clubs look to bolster their squads and it hasn’t taken Liverpool long to get involved. With manager Brendan Rodgers given another chance to get it right after a disastrous season – much to the surprise of many – the Reds’ notorious transfer committee can’t afford any more mistakes. It is well known that Liverpool’s owners, Fenway Sports Group, prefer signing young players with great potential such as Albert Moreno, Lazar Marković, Divock Origi over splurging on established stars. But Rodgers and the club’s frustrated fan base are desperate to mix it with the big guns again next season and to do that they need quality players with experience.

In that regard, fate appears to have finally smiled on Liverpool with their first two signings arriving on free transfers. The most significant of those could well prove to be one of the buys of the season with England midfielder James Milner filling the hole left by Los Angeles-bound Steve Gerrard. It says plenty that big guns Manchester City didn’t want to lose Milner with Manuel Pellegrini throwing a massive £165,000 per week deal his way, but they couldn’t offer the promise of more playing time he wanted above all else so Liverpool swooped instead.

Pellegrini has described Milner as “a phenomenon, a guy with big balls and a heart this big” and he has made a habit of making an impact off the bench in big games. Among his most memorable performances season came against Bayern Munich in Germany during the 2013/14 Champions League, scoring two goals and creating one, and his composure under pressure will certainly benefit Rodgers’ young squad next season. Liverpool’s other acquisition so far is 22-year-old Danny Ings, who scored an impressive 11 goals for relegated Burnley last season and represents an important first step in fixing the Reds’ misfiring strike force. Although he operated more as a poacher at Burnley, his mobility, pace and stamina also allow him to play alone up front if need be – a role Liverpool struggled to fill last season.

Nevertheless, Reds fans won’t be content until the club splashes out for a big name striker to lead the side’s attack. They have been in talks with representatives of Aston Villa’s Christian Benteke but some of the more intriguing rumours to emerge in recent days have named the likes of Juventus veteran Carlos Tevez and Paris St Germain whiz Zlatan Ibrahimovic as targets.