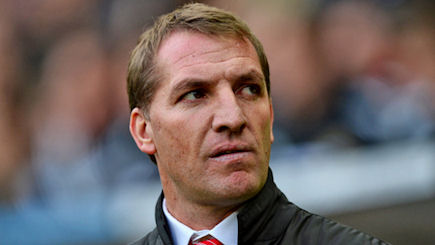 It was a disappointing weekend for Liverpool fans as they witnessed an unambitious and rather dour performance at Anfield. The home side suffered a 1-0 defeat at the hands of Aston Villa who, surprisingly, remains one of only two clubs still undefeated this season. Gabriel Agbonlahor scored the only goal of the game from a corner and exposed the fragility of Liverpool’s defense even after they invested significantly to try to build up a solid back four. The future of this season looks a bit dim for Brendan Rodgers, who is determined to build on the back of a fine season last year and to push the club even further. Unfortunately, after five competitive games, it appears that Rodgers is still struggling to find the right formula.

Their offensive prowess that once paralyzed opponents looks far less frightening this season, having only registered six goals in the league and two more in the Champions League. Their best performance by far this season was a 3-0 win against Tottenham Hotspur in which a diamond midfield was deployed with Daniel Sturridge and Mario Balotelli upfront. Sturridge’s injury broke the winning formula in the next two games, and their mid-week 2-1 Champions League win against Ludogorets was far from comprehensive and convincing. Too many changes of personnel has caused problems for Liverpool

Too many changes of personnel have caused unease and less fluency in this side. Rodgers sent on as many as six new recruits in the starting 11 against Villa. The understanding between Lazar Marković, Balotelli and Adam Lallana is not ideal yet, and too often we saw Balotelli isolated upfront. Apart from that, players like Philippe Coutinho, who was instrumental in Liverpool’s attack last season, looked below his usual standard, maybe down to too many changes around him.

The fighting sprit is still there, as the last minute win against Ludogorets showed, but the quality of football is not catching up after new players flooded in. Meanwhile, clubs like Swansea, Aston Villa and Southampton have produced impressive performances week in and week out. Even the Swan’s defeat against Chelsea was nothing short of extraordinary as they kept the Blues quiet throughout the first half. Liverpool is no longer a legitimate candidate when we are talking about beautiful football and a surprise package.