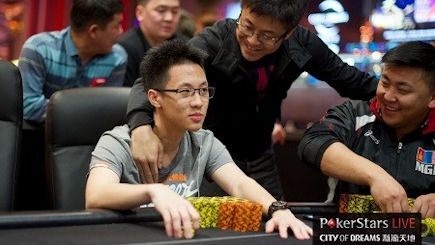 Emerging talent Victor Teng has taken the lead in the Asia Player of the Year race early in this week’s Macau Poker Cup series after a runner-up finish in the HK$2,000 Deep Stack event at City of Dreams. Teng, who won the NPL500 in Sydney two years ago for US$208,000 and finished third in the last Macau Poker Cup Red Dragon Main Event in January for US$193,000, added another US$11,000 to his long list of tournament cashes over the past few years as he warms up for the 21st running of the Red Dragon on Friday.

It has also been a great start to the series for Japan’s Yuhito Hayashi, who beat a field of 285 players to win the popular HK$6,000 Baby Dragon and its HK$224,300 first prize. The Baby Dragon was part of yet another busy weekend of tournament action at PokerStars LIVE Macau with a summer record of 700 players taking part across the weekend. It is expected that the 14 event schedule will continue to attract big numbers, however all eyes will be on the Main Event with organizers hoping to crack 1,000 players for the first time. January’s MPC attracted a record 995 players.