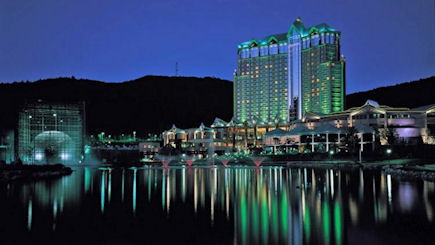 Asia may have a reputation as the world’s number one gaming continent, but as we know not all Asian countries welcome gambling with open arms. Some, like South Korea and Vietnam, allow casinos but have either total or near total bans on their own citizens playing there. Others, such as Japan and Thailand, ban casinos altogether.

Their motives are understandable – a determination to protect their citizens from the “evils” of gambling. And when you look at South Korea as an example, you can understand the government’s concerns. South Korea has 17 licensed casinos and 16 of them are off-limits to the locals, but one of them – Kangwon Land Resort – isn’t. The caveat is that it is situated in an extremely remote location in order to deter South Koreans from actually playing there – the only problem being that the opposite has occurred. Each day, around 10,000 citizens enter Kangwon Land Resort which equates to roughly five times seating capacity at the gaming tables. Not only that, annual revenue has been more than all of the other 16 casinos combined! That puts a bit of a dampener on the government’s grand plans.

But there is a bigger problem that comes with banning casinos or any other form of gambling for that matter – and the evidence was there for all to see in Thailand last week when an illegal gambling house in Bangkok was shut down. Gambling house Tao Pun had been raided multiple times before only to restart operations soon after with the owner reported to be an “influential figure” in the city. This time the government has shut it down completely with plans to turn it into a police substation in order to ensure the gambling house doesn’t open there again.

But rest assured this is one of thousands of illegal gambling houses across Thailand just as there are right across Asia. And the fewer options citizens in any country have to gamble legally, the more they will look to do so illegally.

So what’s the best option – to ban gaming and have your citizens look underground instead, or provide a legal and regulated industry that provides more options but also better controls? We know where we stand.