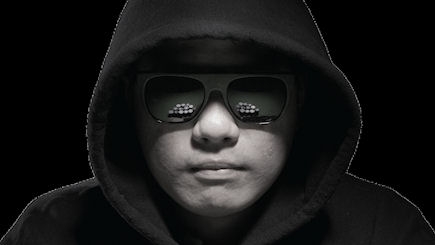 This time last year, the name Mervin Chan didn’t mean a lot to the poker world, but having been given an opportunity to play in his first major live tournament at the 2013 Aussie Millions, Chan stunned even himself as he outlasted a field of 629 players to claim the AU$1.6 million first prize. World Gaming Managing Editor Ben Blaschke spoke to Chan about his big win, what he has been doing in the months since and his association with new online poker site Suited Ace.

Ben Blaschke: Mervin, it’s been almost 10 months since you won the Aussie Millions. What have you been doing in that time?
Mervin Chan: Since the Aussie Millions in January, I’ve been traveling quite a bit. I visited Macau twice to play a few tournaments, then back to Australia for the World Series of Poker (WSOP) Asia-Pacific and most recently the WSOP in Vegas. The latter is the most memorable after the Aussie Millions with it being the most prestigious tournament of all and my first time participating in it. I have also been traveling around for leisure with family and friends, spending quality time and partly to celebrate the big win. So it’s basically been a whirlwind of traveling, lots of airports and planes!

BB: The AU$1.6 million first prize was a life changing amount of money but what was more important to you – the money or the title of Aussie Millions champion?
MC: Both are equally important. As you said, it is life changing – the money for obvious reasons and the title for putting my name on the poker radar. The prize money has helped me and my family but it’s also the key thing that will help me to continue playing poker. The title has definitely boosted my confidence to play amongst the world’s best and more importantly provided a great kick start to my track record as a professional poker player.

BB: What were you doing before the Aussie Millions? Were you working?
MC: Poker has always been my passion since I discovered it back in 2005. I’ve always been playing poker albeit on a smaller scale and it was mostly online and home games. So to me, poker is work. BB: Did you ever believe when you sat down on day 1 that you could genuinely win the whole thing?
MC: At day 1, no. I went in with no expectations but just the hope to play well and gain the experience as it was honestly my first real major tournament. I was just excited to have been given the chance to participate in the Aussie Millions.

BB: When did those thoughts start to occur?
MC: Well, at the end of day 1 I was happy with my performance but the thoughts only became real when I finished third in chips at the end of day 2. That really boosted my confidence and only then did the possibility of going on to the final table get real. When I reached the final table, it was an amazing feeling and after bouncing back from fifth and last in chips to being chip leader with just three players left, that’s when it really hit me that I could actually win it.

BB: The final table was full of very experienced high-stakes pros – Patrik Antonius and Dan Shak among them. Did you have any specific tactics in mind heading into the final table because of their presence?
MC: Again, I went into the game with no expectations but just to gain the experience and improve my game. And honestly, even in the preliminary rounds, players are mixed up and seated with the industry’s best. At the final table with Dan and Patrik, I tried not to feel intimidated and reminded myself that every player at the table has an equal opportunity because we are all dealt two cards. My game plan was to just keep doing what I was doing for the past few days which was to keep calm, play well and hope for the best. For me, it was already a personal achievement to have made the final table.

BB: Do you think about yourself differently as a poker player now that you’ve managed to win a major title? Are you more confident in your abilities?
MC: The Aussie Millions has definitely made a difference to my game – not just because of the win but more so the experience gained from playing in a tournament of that scale, from the event itself to the atmosphere and the players. Winning definitely boosts my confidence level at the tables but I know I still have lots to learn and I need to keep improving my game.

BB: The Aussie Millions wasn’t just the first major tournament you’ve won, it was also the first you’ve played in. When did you first start playing poker and what attracted you to the game?
MC: It started off with friendly home games around 10 years ago. At the time I was merely observing the players and I only started playing for myself two years later on online poker sites. The thrill of the game itself attracts me but I also experienced a good run online at the start and that was enough to hook me.

BB: Do you play cash games as well or just tournaments? Which do you prefer and why?
MC: I play both. I actually started my career with cash games and have only become familiar with live tournaments in the past two years. They’re both different in terms of playing style and skill sets and right now if I had to choose I’d pick tournaments. Although more tiring, the build-up is exciting and the scene is just different, especially the feeling of prestige when you enter a final table.

BB: WGM is the most widely read gaming and lifestyle magazine in Asia. What advice would you give young, aspiring poker players?
MC: Start small to learn the game and learn it well. Put in a lot of time and effort and most importantly be disciplined. Don’t climb stakes too fast until you’re convinced you’re ready.

BB: Have you put some time into working on your game since the Aussie Millions? Where do you feel you can improve?
MC: To me the best learning experience is in the field. Since the Aussie Millions I’ve been playing more tournaments and when I do have the time in between the travels, I do a bit of reading. It’s hard to pinpoint where and what skills I’m lacking because I am still so new to live tournaments. There’s still so much more to learn. But mostly, it’s for me to maintain my composure at the tables.

BB: Have you invested the money or have you let yourself have a bit of fun spending some of it?
MC: A little bit of both. I’m still looking for bigger ventures to stretch and grow the money I’ve won.

BB: You also won a Chrysler as part of your prize? What did you do with that?
MC: I actually sold the car. It wasn’t very convenient to keep a car running in Australia when I don’t live there. It’s pretty complicated to bring it back to Malaysia so selling it off was a more viable option. BB: You’re now an ambassador for new online poker site Suited Ace. How did you become associated with them?
MC: The Malaysian poker scene is still relatively small. I knew the people starting off Suited Ace and they knew my seriousness and determination when it comes to poker and they felt I was the right person to sponsor as my approach to the game befits their principle, which is to give upcoming amateur players the opportunity to make it happen. With that, they gave me the opportunity to take a shot at major live tournaments.

BB: Suited Ace has only recently launched. What can players expect from the site?
MC: Expect more Asian players, softer games and lots of satellites for regional Asian events, especially in Macau.

BB: There is no doubt poker is starting to grow in popularity across Asia but what do you think needs to be done for poker to really take off in Asia?
MC: Poker is still very much an underground scene in Asia and unfortunately many of the reasons are difficult to overcome and out of the hands of the players. Having said that, we are seeing more tournaments being organised in the region and these are the avenues for Asian players to get more active in the industry. At the end of the day it boils down to the players to overcome whatever boundaries they face to make it big for themselves

BB: Do you believe we’re already starting to see a poker boom in Asia or are we not quite there yet?
MC: It’s already booming. You can see more and more Asian players at the tables at major poker events. There is still room left to grow but it is growing steadily considering the huge population in the Asian region.

BB: What do you feel are the main strengths and weaknesses of Asian poker players?
MC: In my opinion and from my personal experience, Asians tend to have a gambling streak in them which can affect discipline. But it can work to their advantage too as it prepares you with the confidence you need at the tables and in a way, it can also help with the “you win some, you lose some” attitude you sometimes need to maintain composure at the tables. That is, not going on tilt when you lose a hand.

BB: You played at the WSOP for the first time this year. How many events did you play and how did you go?
MC: I played two events at the WSOP in Las Vegas, the US$5,000 NLHE and the Main Event. I wasn’t too pleased with my results – I busted early in both events but again, you win some, you lose some.