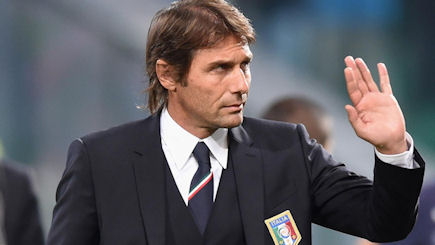 After months of rumors Antonio Conte, the former Juventus manager, was this week officially announced as the next Chelsea manager for the upcoming season. It would be quite a sight if we were to see Conte, Pep Guardiola, Jurgen Klopp and Jose Mourinho – should he be appointed by Manchester United – together with the four most sought-after European managers coaching in the Premier League at the same time. The appointment also proves that the EPL is now going all out to catch up to their continental counterparts after failing so dramatically in the Champions League in recent seasons. Conte, who will take over after leading Italy in Euro 2016, was a great success in Turin. He took the team to three consecutive Serie A titles from 2011 to 2014, winning Supercoppa Italiana in 2012 and 2013 and showing great dominance in Italy when the two Milan clubs were in decline. This achievement earned him the national manager’s post, but Conte’s heart has always been at club level. When Chelsea was linked with Conte right after they sacked Mourinho due to poor results this season, it looked a question of when, rather than if, he would be appointed.

The big question is, does he really suit Chelsea? The club’s dressing room problems cost Mourinho his job amid rumors of confrontation between him and certain players. Conte has a similar personality to Mourinho with a reputation for being very outspoken, tough and hands on. If a coach of Mourinho’s caliber can fall out with several senior players, Conte too may have trouble dealing with the big egos in the Blues’ dressing room. Under Conte, Juventus played some fantastic football – very attack-minded and fluid. But we also noticed that Massimiliano Allegri has been improving the team ever since taking over – almost knocking Bayern Munich out of the Champions League this season. Without European football next season, Conte will first meet with the challenge of keeping his key players like Diego Costa at the club while try to rejuvenate under-performing players such as Cesc Fabregas and Eden Hazard. He will also need to lure big names to Stamford Bridge to replace aging players. Conte will certainly be under huge pressure to take the club back to the top. Will he be the messiah or simply the next scapegoat? One thing’s for sure … at Chelsea everything happens very fast.