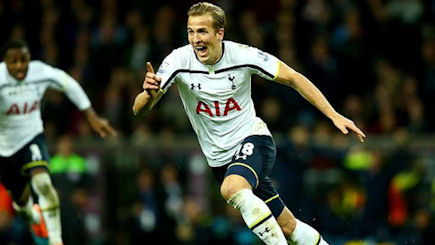 Arsene Wenger was puzzled. “I didn’t know him,” he said after the North London derby last weekend in reference to Harry Kane. A name that wouldn’t have raised an eyebrow before this season, the Tottenham youngster scored twice to finish a classic comeback against their old rivals Arsenal.

Kane is having an incredible season, having already scored 22 goals in 34 appearances so far. Wearing the number 18 shirt, the 21-year-old showed great finishing and composure not often seen in a player of his tender age. A neat tap-in from close range was followed by a great heading that saw him control his body in the air longer than his marker Laurent Koscielny in the dying minutes to secure a crucial win. Wenger admitted Kane was growing at “a very high speed”. BBC commentator Danny Murphy went as far as arguing the England team should be built around Kane in the coming years. He is, after all, the most exciting prospect since Wayne Rooney.

Ironically, Kane spent one year at the Arsenal academy at the age of 8 before switching to Spur’s academy and there is a photo doing the rounds of him wearing an Arsenal shirt, celebrating the Gunners’ league title in 2004. Kane explained that he didn’t have much choice as wearing a Spur shirt, which was always his color, wouldn’t have gone down too well at the time!

But Kane is different from White Hart Lane’s last hero Gareth Bale, who was originally a Southampton academy product. The new Spur’s hero, by contrast, came through the club’s youth academy and was from a Spur’s family. He is indeed the new Prince of the Lane.